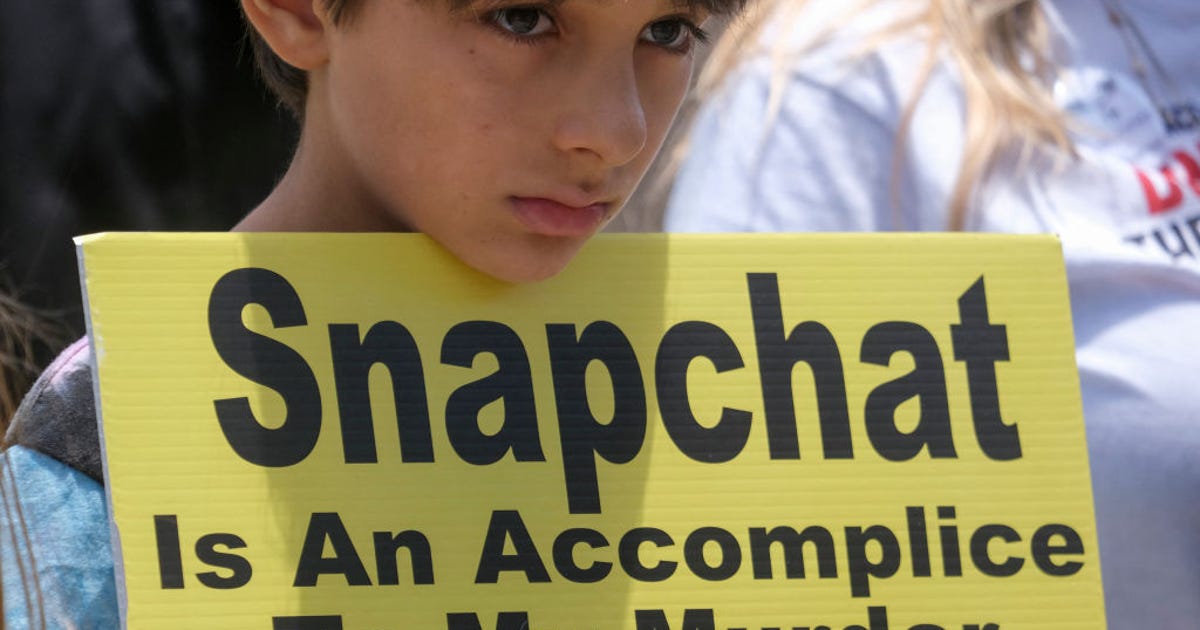 The FBI and Justice Department are reportedly looking into Snapchat's involvement in the spread of fentanyl-laced pills fueling a spike in fatal overdoses among young people.

Investigators have been contacting families of children who died after consuming fentanyl to investigate links between their social media accounts and their dealers, Bloomberg reported on Wednesday.

Subpoenaed Snapchat posts indicate a number of teenagers thought they were buying prescription painkillers like Percoset, the outlet reported. But they were reportedly sold pure fentanyl -- just two milligrams of which is enough to kill.

The Department of Justice and FBI declined to comment on the report.

A Snap spokesperson told CNET the company is committed to fighting the fentanyl poisoning crisis, including by shutting down dealers' accounts and blocking search results for drug-related terms.

"We will continue to do everything we can to tackle this epidemic," the spokesperson said, "including by working with other tech companies, public health agencies, law enforcement, families and nonprofits."

The company also pointed to Family Center, a new tool that allows parents to see view all of the accounts their teens are communicating with on Snapchat and report any concerning accounts.

Last month, the National Crime Prevention Council called on federal authorities to investigate Snapchat "as the platform of choice for fentanyl drug dealers."

"Drug dealers are using American innovation to sell lethal products," NCPC Director Paul DelPonte said in an open letter to US Attorney General Merrick Garland. "In about the same amount of time it takes to read this letter, someone will die from fentanyl poisoning because they purchased a fake pill on a social media platform like Snapchat."

From 2019 to 2021, overdose deaths among Americans age 10 to 19 increased by 109%, according to data from the Centers for Disease Control and Prevention, with illicitly manufactured fentanyl accounting for 84% of those fatalities.

Its parent company, Snap, removed more than 270,000 pieces of content in the first half of last year for violating policies on illicit drugs, according to a transparency report. That accounts for less than 5% of drug-related content reported to the company during that timeframe.

On Wednesday, the House Energy and Commerce Committee discussed the role of tech companies in the fentanyl crisis.

Laura Marquez-Garrett of the Social Media Victims Law Center, who was scheduled to speak at the roundtable, told Bloomberg that, "the death of American children by fentanyl poisoning is not a social media issue -- it's a Snapchat issue."

Read On: Snapchat Says It's Cracking Down on Drug Deals on the App