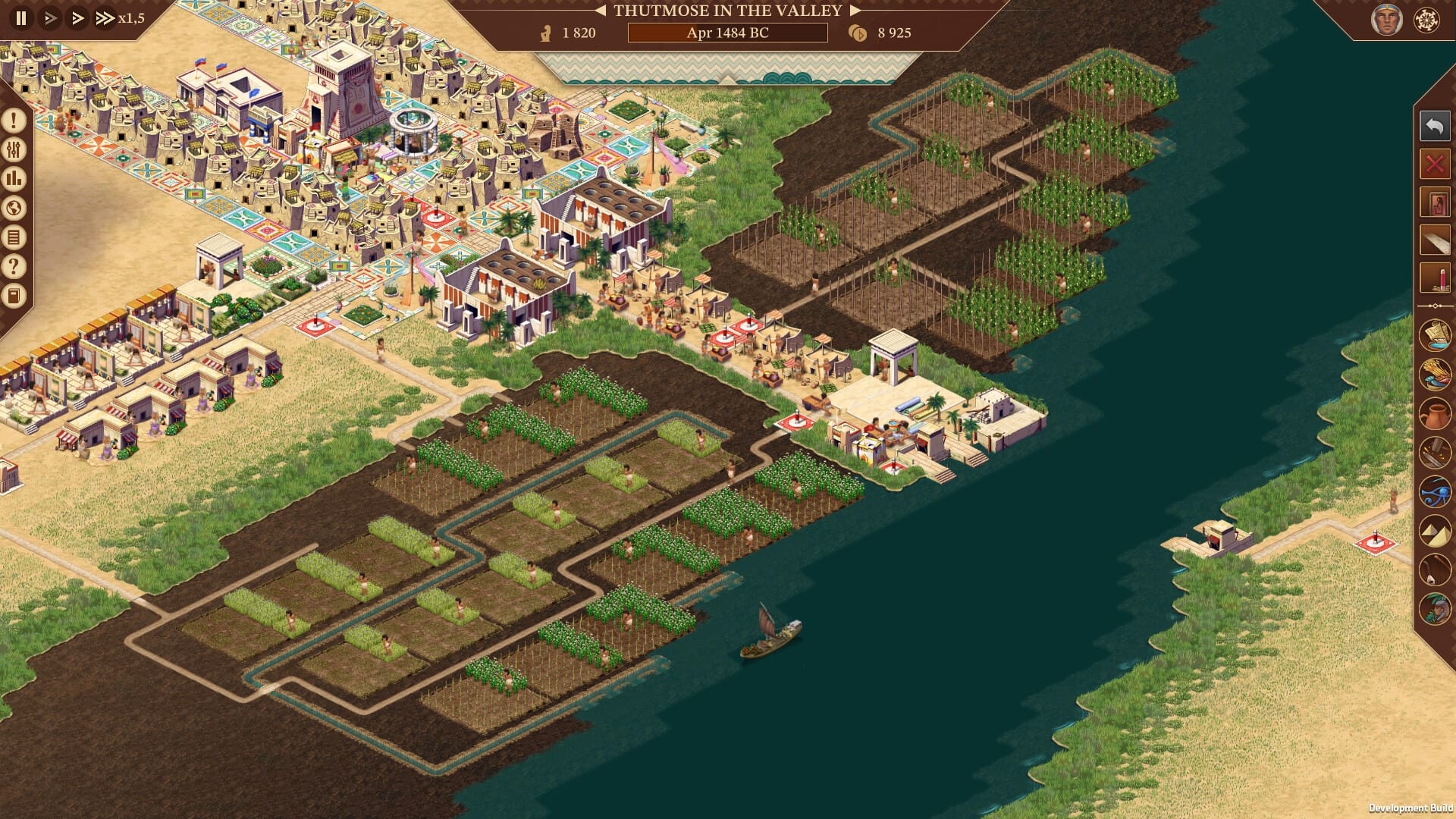 The developers at Triskell Interactive have released a trailer for their upcoming city builder, Pharaoh: A New Era, coming to Steam on February 15, 2023.

The game features several different mechanics that allow you to raise your very own city from the ground up. Players must handle trade, both internal and external, manage the economy to keep it from collapsing, and ensure the crops are healthy and happy to generate plenty of income to continue to build their settlement. This classic remake takes what we knew about the original and puts it into 4k with enhanced gameplay mechanics and a reworked UI.

The campaign includes over 50 missions and hundreds of hours worth of content to explore. The campaign itself takes 100 or more hours to complete, without the side missions, while you build the economy and maintain the health of your citizens. The new soundtrack isn't something to scoff at either, as Louis Godart spins the original tracks with traditional oriental instruments to fit the theme of the game.

This remake comes 20 years after its predecessor and those who played the original will feel right at home once more. For those who may have never ventured into Pharaoh or its DLC, Cleopatra: Queen of the Nile, the new title comes with a tutorial right off the bat to help you get used to the mechanics and run your city with ease. Not only will players have to keep their city going strong from the inside, but they must also combat the plagues that spread across the land. The flooding of the Nile river just being one of the natural disasters players will face, one can only assume the Gods' fury will almost leave their civilizations in ruins, so it is best to prepare for anything.

Pharaoh: A New Era will be heading to PC via Steam next month in its early access state.