Boomer Benefits Offers Guide for Those Applying for Medicare While Working

Boomer Benefits, a health insurance agency in Fort Worth, TX, has announced that they have recently released a new blog post that serves as a guide for those applying for Medicare while working. This is important because more Americans are deciding to continue working even when they are well beyond 65 years old, which is the age of eligibility for Medicare. Specifically, the article serves as a guide for those who want to sign up for Medicare while still working. This article can be accessed at boomerbenefits.com/medicare-while-working.

For those whose employer has 20 or more employees, they don’t have to sign up for Medicare if they don’t want to. This is because the employer’s group plan is the primary payer, which means they will pay first for any healthcare bills that the employee may have. Thus, they can postpone enrollment into Medicare until they finally stop actively working. However, for those who work for an employer with less than 20 employees, they will have to enroll into Medicare as soon as they are eligible. This is because for small companies, Medicare is the primary payer and for those who don’t sign up and stick to the group plan instead, the group plan may refuse to pay for any claims. What could be worse is that when they do finally enroll in Medicare, they will be penalized for late enrollment. 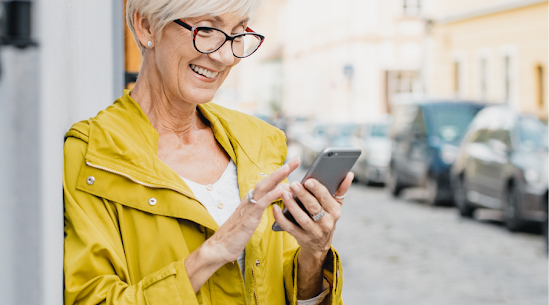 Those who are working for a company with 20 or more employees have the option to drop their employer coverage and sign up with Medicare instead. However, it would be a good idea to compare the premium costs and coverage under both to find out which is better for them. For those who decide to retain their large employer group coverage, they will have a special enrollment period after they finally stop working. They can enroll for Part A, Part B, Part D, and a Medigap plan, without penalty, during that particular time.

Meanwhile, some employers may offer retiree health benefits for a certain period of time. For those who have these retiree plans, they will still have to enroll for Medicare. This is because Medicare is considered to be the primary payer for retiree insurance plans. Thus, for those who don’t sign up with Medicare, the corporate retiree health plan may not pay.

The Consolidated Omnibus Budget Reconciliation Act (COBRA) will cover healthcare benefit for up to 18 months after a person stops working. However, just like with retiree health benefits, Medicare is considered to be the primary payer for those who have insurance through COBRA. Thus, for those who are using COBRA for their insurance benefits, they will have to enroll with Medicare as soon as they are eligible.

It is important to note that under Medicare rules, it is the day that a person leaves active employment that is important and not the day that retiree benefits or COBRA end. After leaving employment, a person has an eight-month special enrollment period to enroll for Medicare benefits and a Medigap plan. Those who miss this opportunity may find themselves without coverage for several months.

Founded in 2005, Boomer Benefits is an award-winning insurance agency for several national insurance carriers, including Cigna, Mutual of Omaha, Blue Cross Blue Shield, Aetna, and several other A-rated carriers. They are licensed to do business in 48 states in the US and through the years, they have developed a reputation of being a baby boomers insurance agency that people can rely on. They are can offer a free consultation for baby boomers. And their Client Service Team also provides free lifetime support for Medigap policy needs. They will also inform clients if their insurance company has modified their rates. And in case a client encounters some problems when making a claim, they will be offering free support with drug exceptions and appeals. They are also actively involved with the the National Association of Medicare Supplement Advisers and the National Association of Health Underwriters. And they always keep up with the frequently changing laws on Medicare benefits.

Those who would like to know more about baby boomers applying for Medicare can check out the Boomer Benefits website, or contact them on the telephone. They are open from 8:45 am to 5:30 pm, Monday to Friday.

For more information about Boomer Benefits, contact the company here: