New York City divorce lawyer Juan Luciano (https://divorcelawfirmnyc.com/is-new-york-state-a-community-property-state/) releases a new article explaining whether New York is a community property state. The lawyer mentions that filing for a divorce can be complicated. There are many issues to consider along with the emotional tension that the person and their family are facing. One important question during a legal separation is what will happen to the assets and properties.

“Every divorce is different and the property distribution may depend on many factors. But the NYC courts have certain guidelines to follow making decisions on the distribution of marital property,” says the New York City divorce lawyer. 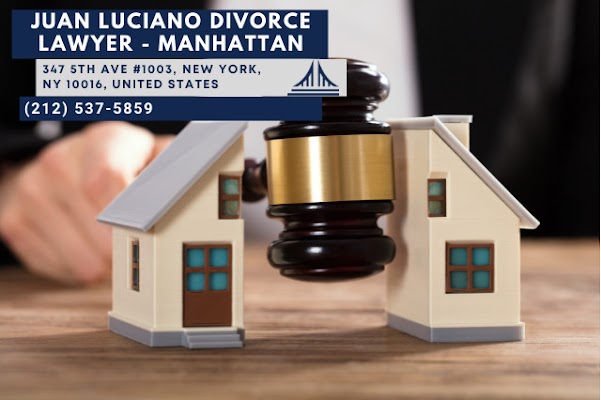 The lawyer explains that New York is a non-community property state. In New York, the theory of equitable distribution is followed just like in other states in the USA. Each spouse will have the power to manage their income and properties during the marriage and in the case f a divorce, it is not a simple 50-50 when it comes to asset division.

Attorney Juan Luciano adds that “equitable distribution” simply means that the assets will be distributed fairly between the spouses. In order to determine the fairness of distribution, there are factors that the court will take into account. These factors include how long the marriage lasted, the conduct of each partner during the marriage, the health and age of each spouse, and their occupation and income.

In the article, attorney Luciano also says that the court will also look at the education of each spouse, their estate and liabilities, future final needs, and their ability to acquire assets and income in the future when they determine the fairness of distribution of the properties.

Furthermore, according to the divorce lawyer, “To distribute the assets fairly the law requires determining the separate and marital property of the couple. To do that the court will study the financial documents of both spouses. The equitable distribution law of New York defines “marital property” as all property gained by both spouses during the marriage.”

Lastly, the lawyer emphasizes the importance of having a skilled divorce attorney when navigating matters such as asset division and child custody. An experienced attorney may be able to help the client understand their rights and receive a favorable outcome.

Juan Luciano has spent his career in the complex legal world of family law. He has earned a reputation for excellence at the negotiation table as well as when in court. He is also fluent in Spanish. Contact them today at (212) 537-5859 to set up an appointment for a consultation with New York divorce lawyer Juan Luciano.

How SOBEVIRAL is Pushing the Limits of Digital Marketing in Fort Lauderdale, FL

Hearing Specialists of Dupage is the Go-To Clinic for Quality Hearing Aids in Downers Grove, IL