Costa Mesa, CA – As the music world mourns the loss of rock legend Taylor Hawkins, news outlets say the Foo Fighters drummer reportedly had 10 psychoactive drugs in his body when he died.

Hawkins’ bandmates announced his death on March 25 in Bogota, Colombia. Days later, Colombia’s Office of the Attorney General released the results of preliminary toxicology tests. Hawkins’ death has not been ruled a drug overdose but the report stated his body contained 10 drugs including opioids, THC (marijuana), tricyclic antidepressants, and benzodiazepines. 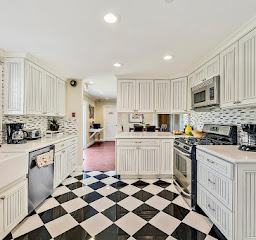 Hawkins died in his room at Hotel Casa Medina in Bogota, where the Secretariat of Health said Hawkins had reported having chest pains. When an ambulance responded to the emergency call, private doctors were already working on Hawkins, but they could not revive him.

The Secretariat’s announcement stated that officials “regret the death of this talented and world-famous drummer and send a message of condolences to his family, bandmates, and fans.”

Foo Fighters announced Hawkins’ untimely death on their Twitter feed. “His musical spirit and infectious laughter will live on with all of us forever,” the band’s announcement read.

“Our hearts go out to his wife, children, and family, and we ask that their privacy be treated with the utmost respect in this unimaginably difficult time,” it continued.

Hawkins and the band, who were inducted into the Rock and Roll Hall of Fame in 2021, were in Bogota to perform at the Festival Estéreo Picnic. Since Hawkins’ passing, the rest of the tour has been cancelled as well as a performance for the Grammys on April 3.

Tributes and condolences have poured in for the rocker, who joined Foo Fighters in 1997 and had previously played with Alanis Morissette. Messages of support have come from fellow musicians including Rage Against the Machine’s Tom Morello, Ozzy Osbourne, and former Beatles drummer Ringo Starr. Miley Cyrus announced that she planned to dedicate her next concert to Hawkins.

Singer Machine Gun Kelly recalled spending time with Hawkins just two days before his passing saying, “he went up to every single one of us and gave us our moment. In a time when the world was really coming in hard on us - he made us feel so confident in ourselves and loved.”

Liam Gallagher, a former member of Oasis, tweeted that he was “absolutely devastated to hear the sad news about Taylor Hawkins my thoughts and prayers are with his family and friends RIP brother LG x.”

Ringo Starr said in a statement, “God bless Taylor peace and love to all his family and the band peace and love.” Osbourne wrote that Hawkins “was truly a great person and an amazing musician.”

“My heart, my love, and my condolences go out to his wife, his children, his family, his band, and his fans. See you on the other side,” he wrote.

Queen drummer Roger Taylor said of Hawkins, “He was a brilliant man and an inspirational mentor to my son Rufus and the best friend one could ever have.” Jimmy Page said, “I really admired him and he was a brilliant musician: his technique, his energy, and spirited enthusiasm.”

Hawkins had struggled with drugs at various points in his life. In 2001 he revealed that he had overdosed on heroin and spent several weeks in a coma.

“Everyone has their own path and I took it too far,” he told an interviewer. “I was partying in London one night, and I mistakenly did something and it changed everything. I believed the bullshit myth of live hard and fast, die young . . . I was heading down a road that was going to lead to even worse paths.”

At the time of writing, the exact cause of Hawkins’ death is not known. It may or may not have been directly related to drug use, but the presence of so many substances in his body is certainly cause for concern.

Resurgence Behavioral Health is on a mission to save the lives of people struggling with addiction and mental health conditions. They are warning the public that overdose and other drug-related deaths are at an all-time high in America. Overdose is not the only life-threatening consequence of drug use. Combining drugs, including many of the one’s present in Hawkins’ body, can make a deadly mix. Also long term drug use puts significant strain the body’s vital organs and can eventually lead to failure.

Resurgence shares their deepest condolences with Taylor Hawkins’ family, friends, and fans. Substance abuse and mental health issues can affect anyone. For anyone struggling with addiction to drugs or alcohol, or concerned about a friend or family member, help is available 24/7. Call 855-458-0050 to speak with an addiction treatment specialist or visit Resurgence Behavioral Health to learn more.

Colonial Green Products is an Insulation Contractor in Rindge, NH, that makes Properties Comfortable through the Seasons