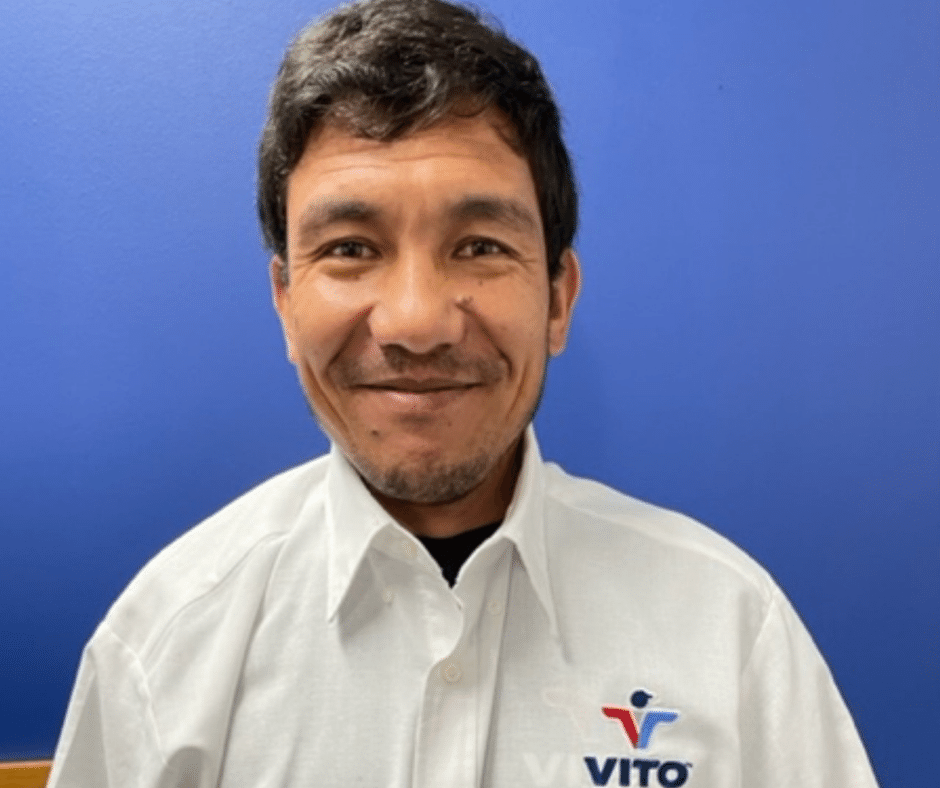 ROCKVILLE, MD - Vito Services has hired Mohammad Taqi Shirzad as a plumber in the company’s Commercial Plumbing Division. Shirzad is a Dari-Speaking Afghan refugee who was a plumber in Afghanistan. Shirzad began his career working for Juma Noori LTD in the Afghan capital of Kabul, before working as a subcontractor for some of the larger construction companies in and around the city.

The Shirzad family arrived in Bethesda, MD, in December of 2021. They are thankful for the welcoming and supportive community that has helped them settle in their new country.

Much of that support has stemmed from an initiative begun by The Bethesda Metro Area Village (BMAV), a community organization made up of mainly retirees. A group of BMAV members formed an interest group last year that explored the possibility of welcoming an Afghan refugee family into the community. They eventually connected with the Lutheran Social Services of the National Capital Area (LSSNCA), which identified the Shirzads as a family in need of support.

Once they committed, the group was given two weeks to get the Shirzad’s apartment ready. They were given a list of necessities for the young family and were able to set up the apartment quickly through donations and the help of another organization, A Wider Circle, which works with furnishings for refugees and the homeless.

“We had two weeks to mobilize and get their apartment ready,” said Sandra Foote, a BMAV volunteer. “We also thought we were getting an English-speaking family but that wasn’t the case.”

In addition to raising substantial funds to help the Shirzads pay rent and afford preschool and medical bills, the BMAV set up social networks and support system sub-groups to help with the family’s integration process: English-tutoring, Transportation, Education, Furnish & Move and the Welcome Group. The group still meets on Zoom once a month to discuss ongoing support and issues.

Almost nine months since they settled in Maryland, the Shirzad’s are continuing to make progress and have been adjusting as best they can to their new surroundings.

Taqi’s wife, Ziba, gave birth at Holy Cross Hospital to a daughter, while their oldest son is enrolled in an ESSOL program at a local Kindergarten where over 90 different languages are spoken.

Ziba, who grew up illiterate in Afghanistan, is rapidly learning to speak, read and write English. She now has three at-home tutors per week. The tutors coordinate their lessons with online classes that Ziba is taking from Solutions for Hometown Connections, which offers classes designed specifically to help preliterate Afghan women (https://www.shconnections.org/our-story.html).

Taqi, who has a driver’s license, drove himself to his first interview at Vito Services. While his English-speaking is a work in progress, Taqi was still able to impress Vito with his love of plumbing, knowledge of the trade, and his warm smile.

“Everyone here loves Taqi,” said Vito Services COO Jim Vito. “He is a hard worker with a good attitude, who also happens to be a great plumber.” 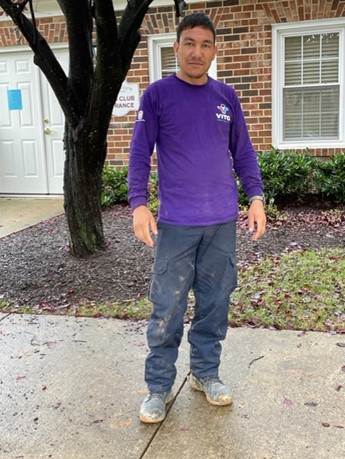 Taqi, who is currently enrolled in a plumbing class at Montgomery College, said he is “very happy” working at Vito Services and enjoys the job and the people. So far, he has done several jobs laying pipes, replacing fixtures, installing water heaters, and repairing pipelines.

“I enjoy it all because I am a plumber,” said Taqi. “This is my profession.”

Taqi, who began his career as an 18-year-old plumbing assistant in Afghanistan, said there are some differences between doing plumbing in Afghanistan and the U.S.

While a lot of the theories are the same, some of the appliances and materials are slightly different (i.e., pipes in Afghanistan are all plastic and water heaters are all electric) and the system of laying pipe is different in the U.S. from what he first learned in his country. Taqi was also not familiar, and a bit surprised, by Touchless Fixtures and the internal solenoids that control those devices.

While the tools are essentially the same, there are differences. “Some of the tools here are pretty cool,” Taqi said.

“What we’ve learned so far is that Taqi is a very hard worker,” said Vito Services Plumbing Manager Anthony Vito. “He loves to work, he loves to dig, and he always has a smile on his face.”

After learning on the job as a young plumbing helper, Taqi feels like he is going back to his roots, learning in the field once again. Combining that with his college plumbing class is speeding up his learning curve.

“It’s really the best of both worlds, to learn on the job and learn in a class,” said Taqi.

Vito Services is a full-service plumbing, heating, and air conditioning company, proudly serving the Alexandria, VA, Rockville, MD, and Washington, D.C. areas. Since 1934, they have been providing their community with expert repairs and quality workmanship for both residential and commercial customers. To learn more about Vito Services or to schedule an appointment, visit them online at VitoServices.com or by phone at (301) 315-6100.

For more information about Vito Services, contact the company here:

Cy-Fair Music and Arts: Personalized Lessons for All Levels