Century Office Park in Woodbury and its Asset Manager, Commercial Investors Group announce the hosting of a ceremonial groundbreaking event at 6043-6063 Hudson Road (a.k.a Century Office Park). The event was held on October 19th, 2022 and got underway around 10:00am. Event coordinators chose to host the groundbreaking at this location, as it’s the office space headquarters for the combined group heading up the METRO Gold Line BRT project. 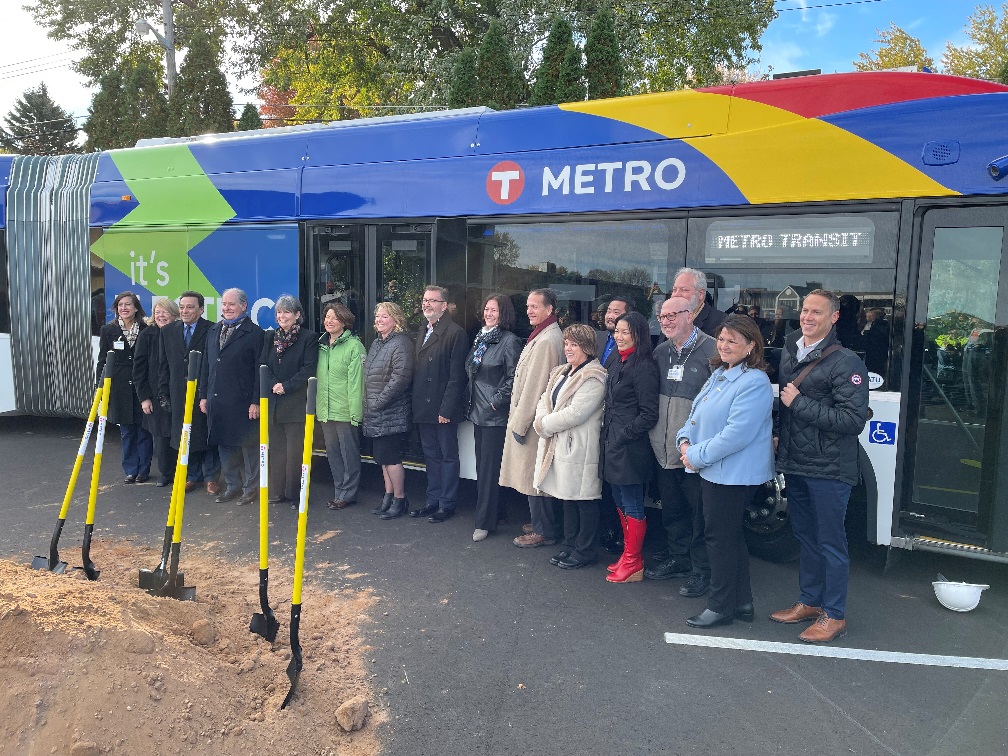 Many local and state political figures were in attendance, and several speakers took the podium to say a few words, and to thank those who had a hand in getting this project approved and funded. The most notable of which were U.S. Sen. Amy Klobuchar, U.S. Sen. Tina Smith and Rep. Betty McCollum.

Gold Line will be Minnesota's first BRT line that operates primarily within bus-only lanes. These lanes are dedicated only to transit buses, and will be constructed generally north of and near I-94. Gold Line will be built with several features to ensure a comfortable ride and fast service, along with frequent all-day service in both directions, pre-boarding fare payment for faster stops, access to Park & Ride lots in St. Paul, Oakdale, and Woodbury, real-time arrival and departure information, and heated shelters to include lighting and security features.

With the project now officially underway, and an approximate completion time frame of 2 years, they plan to begin service in 2025.

James Smith, President of Commercial Investors Group says, “It was an honor to host today’s groundbreaking event at our Woodbury office complex and we’re happy to have this group as a Tenant in the building. A big thanks to Ames Construction, the Met Council, coordinators and the volunteers of this special event.”

Century Office Park is a three-building office park hosting office space to over 100 different business tenants who make Woodbury their home. “We’re starting a major building renovation over the coming months that include really exciting interior and exterior updates. This will include a compelling facelift to the exterior of the complex. It’s going to change the landscape for this commercial park and will present a fresh opportunity for businesses in the community to lease affordable space,” says Smith.

To learn more about the Gold Line BRT project:

To learn more about office space availabilities at the Century Office Park in Woodbury call Eli Russell at 612-290-1037 and check out the available office listings at the link below: