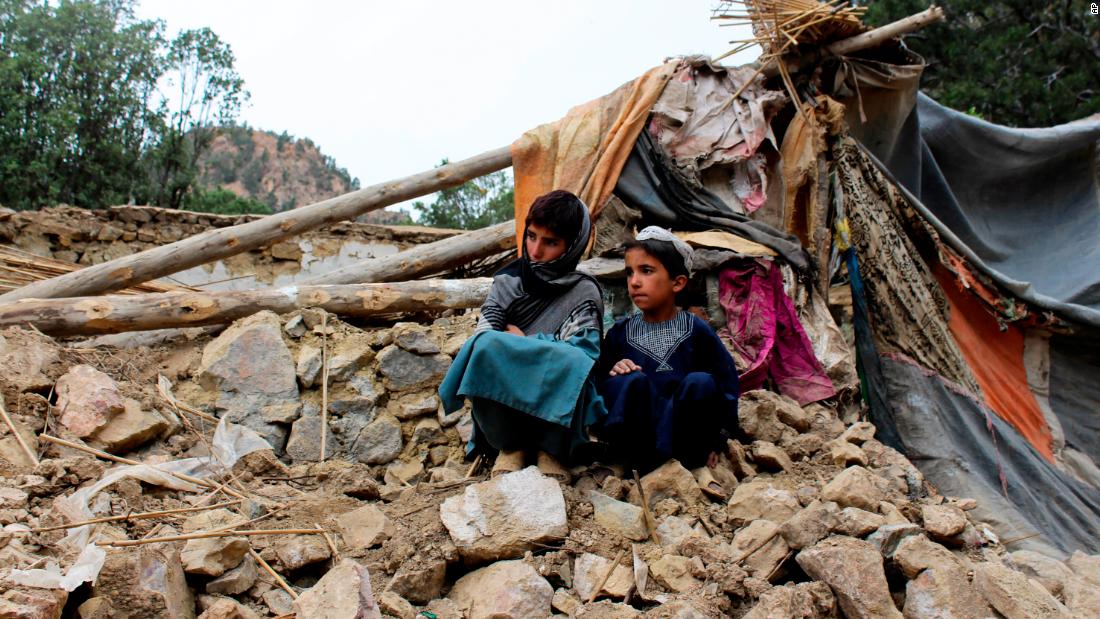 (CNN) Desperate search and rescue operations were underway in eastern Afghanistan on Thursday following an earthquake that killed more than 1,000 people, a heavy blow for a country already facing a dire economic and humanitarian crisis.
The magnitude 5.9 quake struck during the early hours of Wednesday near the city of Khost by the Pakistan border.
At least 1,500 people have been reported injured -- but officials warn the toll is likely to rise as many families were sleeping in flimsy housing structures when the quake hit.
Children near their destroyed home in the Spera district of Afghanistan's Khost province on June 22.
Many homes in the area are made of mud, wood and other materials vulnerable to weather damage -- and the quake coincided with heavy monsoon rains, adding to the danger of collapse.
Photos from nearby Paktika province, a rural and mountainous region where most of the deaths have been reported, show houses reduced to rubble.
About 2,000 homes are thought to have been destroyed, according to the United Nations.
Some people spent the night sleeping in makeshift outdoor shelters, as rescuers scoured for survivors by flashlight.
Afghan villagers sit outside a tent after their house was damaged in an earthquake in Spera, Khost province, on June 22.
Medics and emergency staff from around the country are converging on the site, with assistance from some international agencies such as the World Health Organization.
Source