Is there any way out of Israel's neverending election cycle? 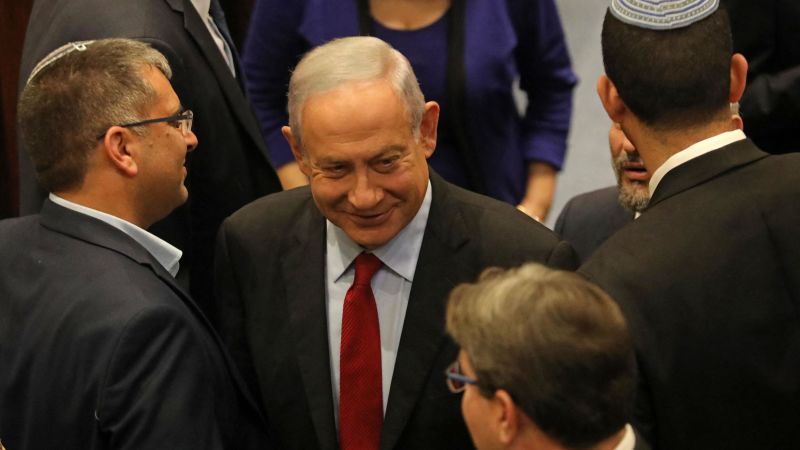 Former Israeli Prime Minister Benjamin Netanyahu attends a preliminary vote on a government bill to dissolve parliament and call early elections, at the Knesset on June 22.
As the Israeli public waits for parliament, the Knesset, to be dissolved next week and Yair Lapid to become caretaker prime minister, Benjamin Netanyahu and his supporters have been celebrating.
A fifth round of elections in less than four years will likely be held sometime in the fall.
Is Prime Minister Naftali Bennett’s main coalition partner Yair Lapid guaranteed to become the next premier?
If the bill to dissolve the Knesset passes, then Lapid will automatically become the prime minister until a new government is formed after elections.
If the election is inconclusive, and no one is able to form a new government, Lapid’s term in office would continue and the country would head back to another election.
Assuming the Knesset votes to dissolve itself, it will also set a date for the election.
Is there a way out of this endless cycle of elections in Israel?
Last month, Russian Deputy Prime Minister Alexander Novak met with Iranian Petroleum Minister Javad Owji in Tehran to discuss swapping supplies for oil and gas, according to Russia’s TASS news agency.
Turkish parliament set to debate media bill decried by journalistsProtesters demonstrated in Istanbul on Tuesday against a media bill that Turkey’s government says will fight “disinformation,” but which media rights groups argue will double down on a years-long crackdown on critical reporting.
“I never thought I’d live to see the day when Beirut Airport could look so Lebanese,” said a Twitter user.
Reeling from an economic collapse, the government has been trying to put the country back on the tourist map.
Source