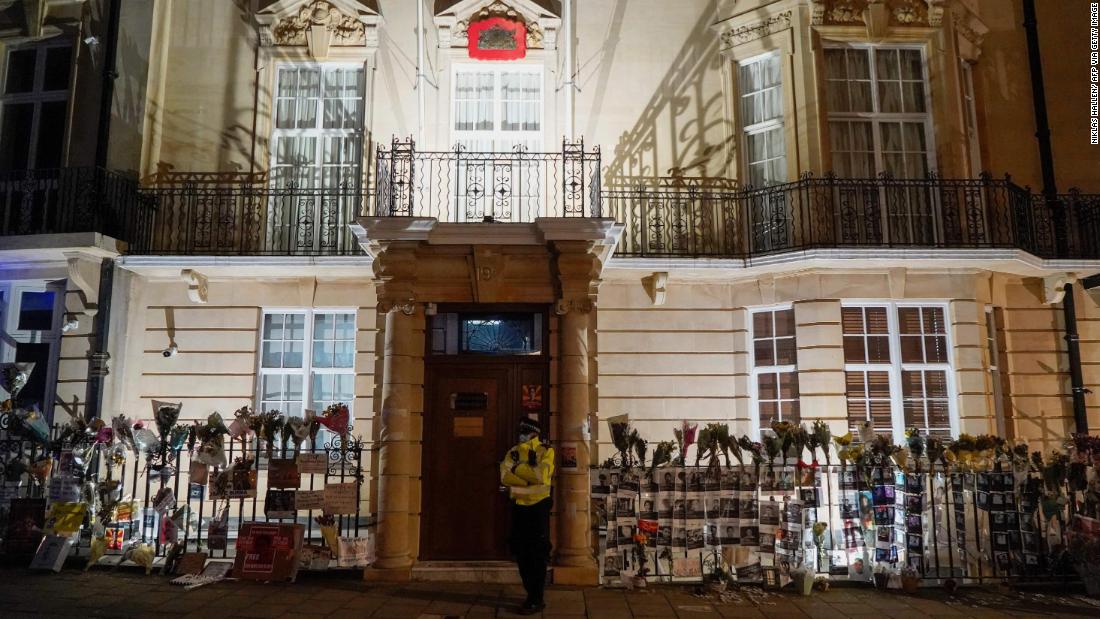 London (CNN) Myanmar's ambassador to the UK said he has been locked out of the London embassy in what he described as another "coup."
Ambassador Kyaw Zwar Minn -- who last month broke ranks with his country's military junta -- told CNN he tried to gain access to the embassy on Wednesday for several hours but was unable to enter.
Several of his staff were still inside the building, and were not being allowed out, he also said.
Phone calls made to the embassy went unanswered and emails bounced back.
Myanmar's military seized power in the country on February 1, deposing civilian leader Aung San Suu Kyi's elected government.
Non-violent protests against the coup have since broken out across the country, and several Myanmar diplomats posted abroad have also made statements of resistance.
Source