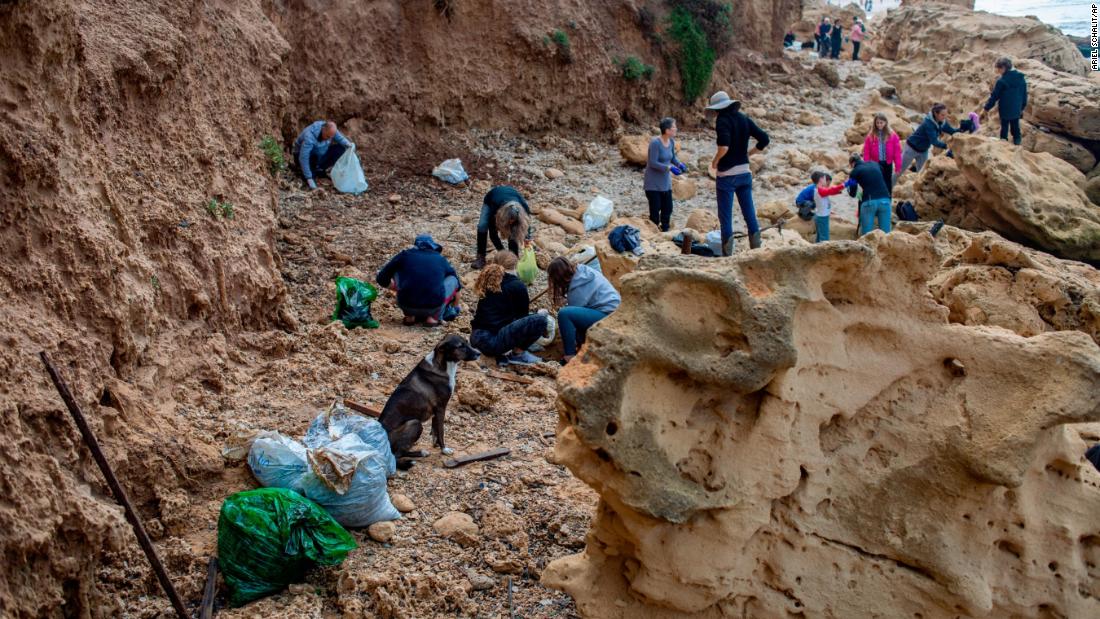 (CNN) Israeli authorities are trying to locate the source of a suspected oil spill that has been described as one of the most severe ecological disasters to hit the country, threatening wildlife, forcing beaches to close and prompting a mass cleanup.
Blobs of sticky tar started washing up on the country's Mediterranean shores last week.
Images posted on official government accounts showed sea birds and turtles covered in tar and sticky oil.
"The enormous amounts of tar emitted in recent days to the shores of Israel from south to north caused one of the most severe ecological disasters to hit Israel," the country's Nature and Parks Authority said Sunday.
The extent of the pollution is so bad, Israel's Ministry of Interior issued an advisory Sunday urging people to stay away from the country's beaches.
A massive cleanup is underway but the Nature and Parks Authority said it would take a long time to make the marine area safe again.
It has established a registration and information center for volunteers who wish to help.
A woman holds a dead fish after she cleaned it from tar from a suspected oil spill in the Mediterranean sea in Gador nature reserve near Hadera, Israel, on February 20.
Source