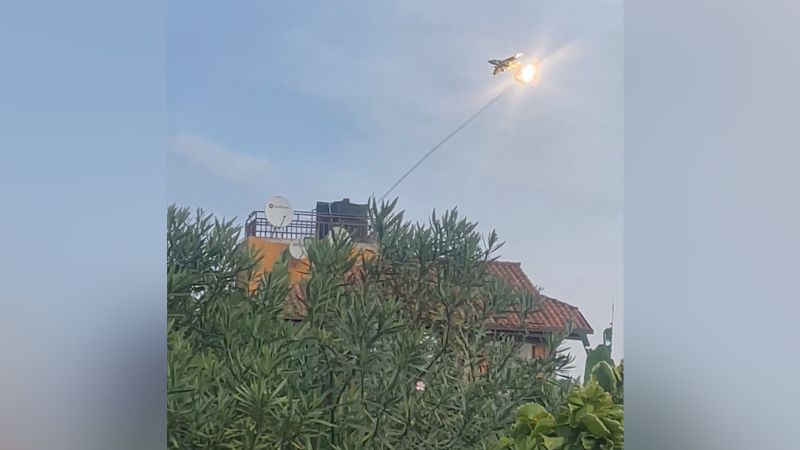 CNN —The Democratic Republic of Congo (DRC) on Tuesday denounced Rwanda’s accusation that a Congolese fighter jet violated Rwandan airspace, alleging the aircraft was attacked by Rwandan forces in a “deliberate act of aggression that amounts to an act of war.”Rwanda’s government communications office released a statement on Twitter Tuesday which said: “Today at 5:03 pm, a Sukhoi-25 from DR Congo violated Rwanda airspace for the third time.
Defensive measures were taken.
Rwanda asks the DRC to stop this aggression.”The Congolese government later issued a statement disputing Kigali’s version of events, alleging the jet was “attacked while it was beginning its landing on the runway of Goma’s international airport.”“The Rwandan fire was directed at a Congolese aircraft, flying inside Congolese territory.
It did not fly over Rwandan airspace.
CNN cannot independently verify either version of events.
A video shared widely on Congolese social media showed a projectile shooting toward an airborne military plane, before exploding in the air near the plane, which continued to fly.
CNN could not immediately verify the video.
Rwanda is accused by the Congolese government, the United Nations, and Western allies of supporting the notorious armed M23 rebel group in its violent insurgency in eastern DRC, which Kigali denies.
Regional leaders brokered an agreement in November under which the Tutsi-led group was meant to withdraw from recently seized positions by Jan. 15 as part of efforts to end the fighting that has displaced at least 450,000 people.
Congolese President Felix Tshisekedi said last week that the rebels had not fully withdrawn from those areas.
In December, Rwanda said another fighter jet from Congo had briefly violated its air space.
An unarmed Congolese warplane also briefly landed at a Rwandan airport in November while on a reconnaissance mission near the border, in what Congo said was an accident.
Source