The US-China chip war is spilling over to Europe 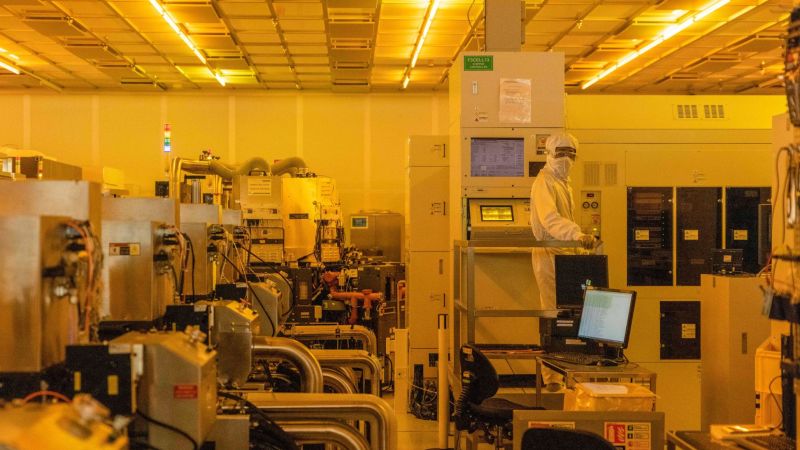 Last week, the new owner of Britain’s biggest chipmaker was ordered to unwind its takeover, just days after another chip factory sale was blocked in Germany.
In Germany, the economic ministry barred Elmos Semiconductor, an automotive chipmaker, from selling its factory in the city of Dortmund to Silex, a Swedish subsidiary of China’s Sai Microelectronics.
“These decisions mark a shift towards tougher stances regarding Chinese investment in critical industries in Europe,” said Xiaomeng Lu, director of geo‑technology at Eurasia Group.
A worker in a clean room for silicon semiconductor wafer manufacturing at the Newport Wafer Fab, owned by Nexperia, in Newport, Wales on Aug. 18.
Nexperia has indicated that workers at the facility now face an uncertain future.
A company sign of Elmos Semiconductor, seen on Nov. 9 in the German city of Dortmund.
This year, the United States ramped up its own restrictions and pressed allies to enact their own, according to Lu.
On Monday, NATO Secretary General Jens Stoltenberg urged the West to “be careful not to create new dependencies” on China.
The next battlegroundAttorneys say if the chipmakers appeal, they could face an uncertain battle that may drag on for years.
Both Britain and Germany have recently added rules that expand government oversight over such decisions, making outcomes harder to predict.
Previously, by contrast, it could only impose restrictions “if there was an ‘actual, sufficiently serious threat to public order and security,’” he told CNN Business.
“If challenged, as Nexperia apparently intends, it will also become a test case as to [the] extent of the NSI Act’s limits,” she said.
Source