A record number of women will serve in the next Congress 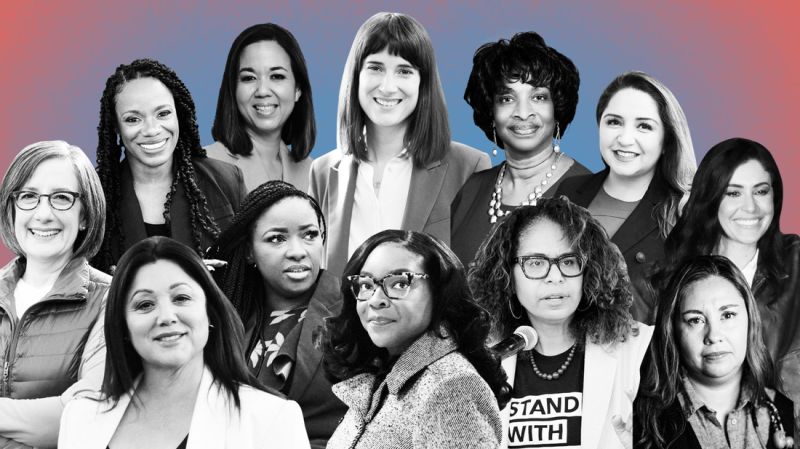 CNN —A record number of women will be elected to Congress this year, CNN projects – but barely.
The 149 women who will serve in the US House and Senate in the 118th Congress will expand the ranks of female representation by just two members above the record set by this Congress.
Women will break an overall record in the House, with 124 taking office in January.
And not only will women of color break records in the 118th Congress, but within the House alone, there will also be a record number of both Latinas and Black women.
More than half of the incoming class of 22 freshman women in the House will be women of color, showing the increasing diversity of that chamber.
… We’re seeing stasis there in terms of the number of women of color overall.
The number of Asian and Latino women specifically will stay the same, and the number of Black women will stay the same at zero.”Rep.-elect Sydney Kamlager of California is one of those new voices coming to the House.
“I think folks have to stop giving lip service to Black women and brown women and put the money where the mouth is.
On the other side of the aisle, Republicans will break a record with 42 women serving in Congress.
Murkowski and Republican Sen.-elect Katie Britt of Alabama help bring the number of Republican women in the Senate to nine.
And 33 Republican women will serve in the House next year, up from 32 this year.
The incoming class of seven House Republican freshmen includes three Latinas, bringing the total number of Republican Latinas in the House to five.
Source