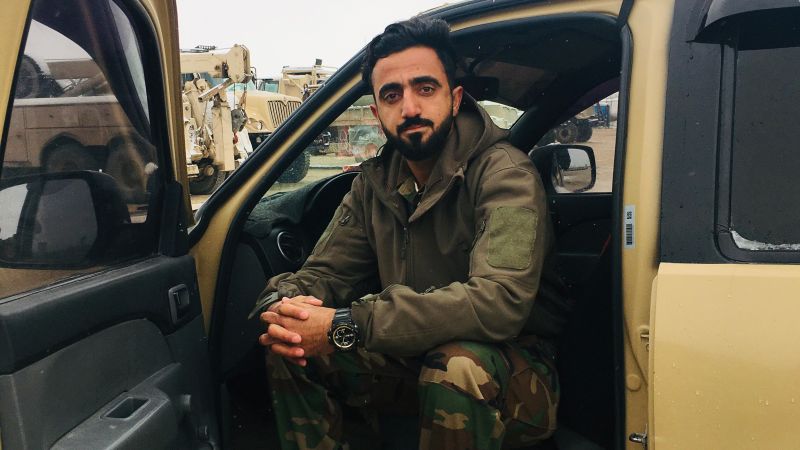 Washington CNN —Criminal charges have been dropped against an Afghan national who served with the US military in Afghanistan and was apprehended after fleeing to the US by crossing the southern border with Mexico.
Abdul Wasi Safi, called Wasi, served alongside US special operations forces in Afghanistan as an Afghan special forces soldier and fled the country after the US’ withdrawal was complete in August 2021.
He traveled to the US on his own, and in September 2022 he was detained after he entered over the southern border from Mexico.
Safi’s immigration attorney, Jennifer Cervantes, told CNN that he intended to seek asylum, but was unfamiliar with the reporting requirements and did not go to an established port of entry.
“Unfortunately, his entry was at a non-port of entry and Mr. Safi has been held ever since in detention facilities.
“He came to the same country that he fought alongside, and to his surprise he was singled out and treated as a criminal.
Is this how America treats its allies and those who sacrificed alongside Americans in Afghanistan?” Sami Safi said.
But as the Taliban consolidated power, it was clear Wasi Safi would be at extreme risk because of his work with the US special operations community.
So Wasi Safi began the journey to the US.
And while the charges against him were dropped, the road for Wasi Safi and his brother is not over.
Cervantes has requested that Customs and Border Patrol drops its retainer on Wasi Safi before he is transferred to Immigration and Customs Enforcement (ICE) custody.
“However, if they don’t do that, he’ll be transferred to ICE custody, and we’ll be trying to get him released from ICE.”She added that she doesn’t have “any doubt” that Wasi Safi will be able to pass the credible fear interview.
Source