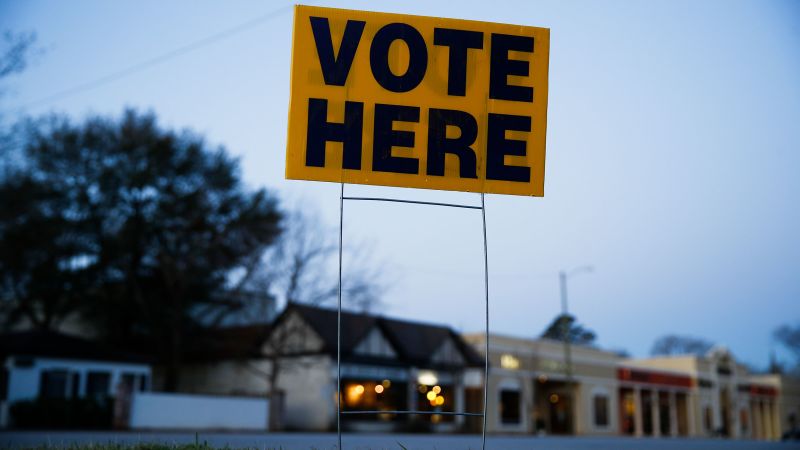 President Joe Biden this week asked DNC leaders to adopt this early state lineup, which strips Iowa of its first-in-the-nation status.
The DNC rules panel proposed that the 2024 presidential calendar schedule South Carolina’s primary on February 3, Nevada and New Hampshire’s contests on February 6, Georgia’s primary on February 13 and Michigan’s on February 27.
The proposal passed overwhelmingly, with the only objection coming from the members from Iowa and New Hampshire.
Iowa has gone first in the nominating process since 1972, while New Hampshire has held the first primary in the process since 1920.
Primary dates are set at the state level and each state has a different process.
In Georgia, Republican Secretary of State Brad Raffensperger is responsible for selecting a single date to hold both the Democratic and Republican primaries.
In South Carolina, each party is free to select their own primary date.
The new Democratic lineup would break with the Republican calendar, as the Republican National Committee voted earlier this year to reaffirm the early state lineup of Iowa, New Hampshire, South Carolina and Nevada.
New Hampshire and Iowa also have state laws that enshrine their early statuses.
Under the proposal adopted Friday, each of the five states selected have until January 5 to take steps toward changing their primary dates.
Iowa’s representative on the committee, Scott Brennan, forcefully denounced the move and was among the few members to vote against the proposal.
Committee member Joanne Dowdell, who represents New Hampshire, also voted against the proposal, which would strip New Hampshire of its first-in-the-nation primary status.
Source