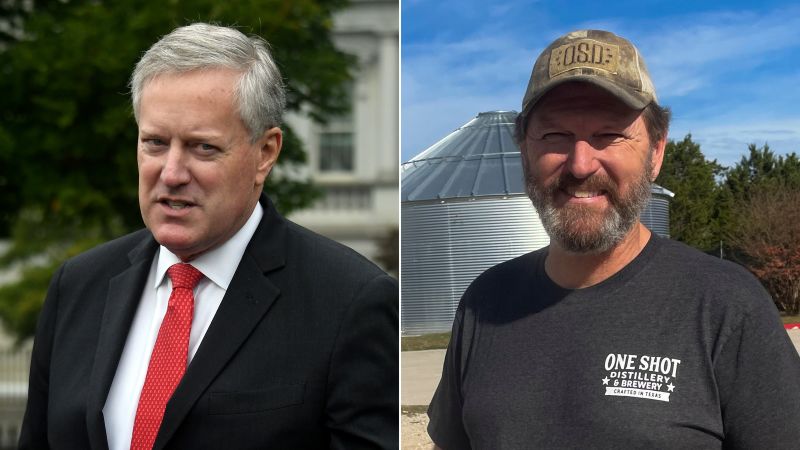 The suit demanded state election officials hand over voting machines and other election equipment, as part of the hunt for evidence to support Trump’s baseless claims of voter fraud.
In relaying the news to Meadows, Waldron said the decision would allow opponents to engage in “delay tactics” preventing Waldron and his associates from immediately accessing machines.
Michigan House Oversight CommitteeTrump never signed the order, siding with White House lawyers who insisted the idea was legally perilous.
Meadows recently complied with a Justice Department subpoena to hand over information pertaining to the 2020 election including these text messages.
In numerous interviews, people familiar with Waldron’s background tell CNN that for years he has been obsessed with the idea that US voting machines are vulnerable to foreign hacking.
“Waldron had been chasing election machines for years,” said one former US official with knowledge of his efforts.
In the days after the election, Waldron quickly emerged as one of the Trump legal team’s favorite “expert witnesses” on election fraud.
That was particularly true in Arizona, where Waldron was in direct communication with a number of GOP state officials and lawmakers about producing evidence of fraud.
The document is nearly identical to subpoenas Arizona state Republicans ultimately filed demanding election officials hand over voting machines, emails obtained by the group American Oversight and provided to CNN show.
After his work in Antrim County, Michigan, Waldron pushed GOP state officials in Arizona to hire his team to conduct the audit.
But Arizona officials expressed concerns after Waldron’s Antrim County report was thoroughly debunked.
In April, Waldron sued the House January 6 committee to block their efforts to obtain his cellphone data.
Source