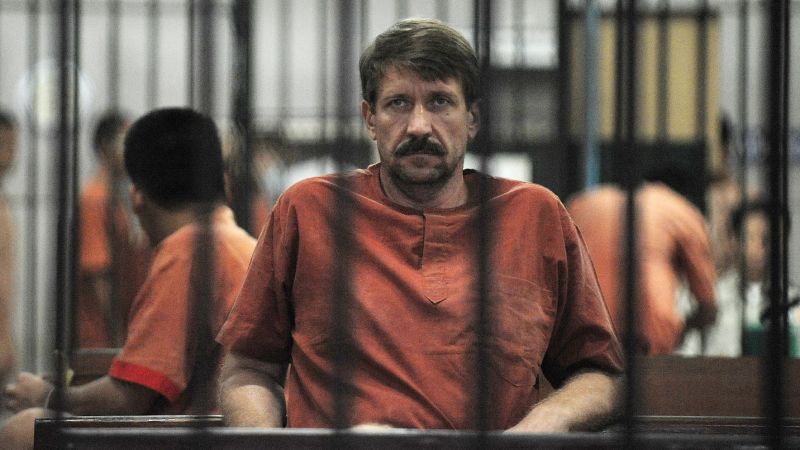 CNN —Brittney Griner’s freedom ultimately hinged on the release of a convicted Russian arms dealer whose life story inspired a Hollywood film.
On Thursday, a source told CNN that the US basketball star had been released from Russian detention in a prisoner swap for Viktor Bout, nicknamed the “Merchant of Death” by his accuser.
Bout, a former Soviet military officer, was serving a 25-year prison sentence in the United States on charges of conspiring to kill Americans, acquire and export anti-aircraft missiles, and provide material support to a terrorist organization.
At the center of their bid was Bout, a man who eluded international arrest warrants and asset freezes for years.
“Viktor Bout has been international arms trafficking enemy number one for many years, arming some of the most violent conflicts around the globe,” said Preet Bharara, the US attorney in Manhattan when Bout was sentenced in New York in 2012.
Allegations of trafficking activities in Liberia prompted US authorities to freeze his American assets in 2004 and blocked any US transactions.
Bout has repeatedly maintained that he operated legitimate businesses and acted as a mere logistics provider.
Viktor Bout is pictured in a temporary cell ahead of a hearing at a court in Bangkok in August 2010.
Christophe Archambault/AFP/Getty Images“His early days are a mystery,” Douglas Farah, a senior fellow at the International Assessment and Strategy Center who co-authored a book on Bout, told CNN in 2010.
He said that Bout graduated from the Military Institute on Foreign Languages, a well-known feeder school for Russian military intelligence.
Bout has said that he worked as a military officer in Mozambique.
Others have said it was actually Angola, where Russia had a large military presence at the time, Farah told CNN.
Source