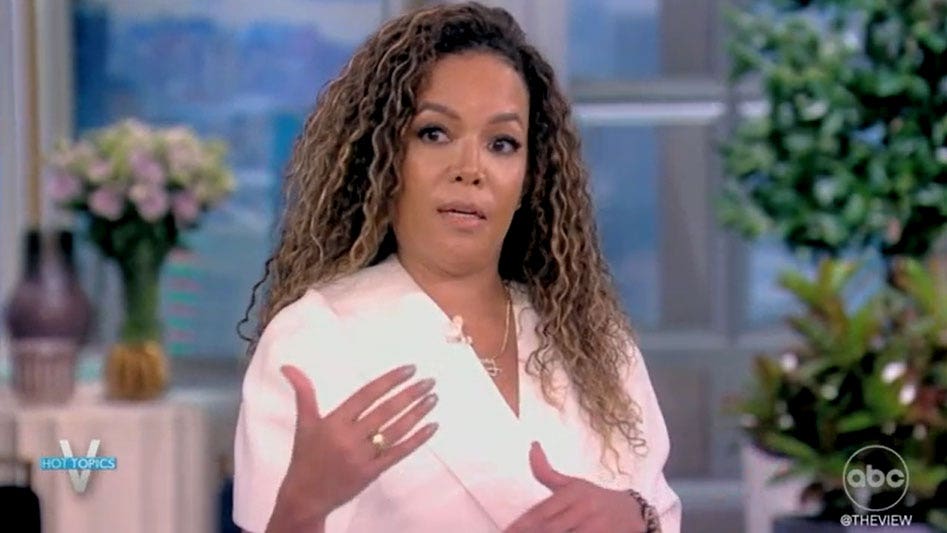 NEW You can now listen to Fox News articles!
Sunny Hostin once again suggested minorities could only vote Democrat, during Friday's "The View."
The talk show hosts were discussing former President Trump adviser Jared Kushner criticizing politicians using migrants as "political pawns" when, out of the blue, Hostin made a dig at Republican Latinos.
"That's what's so interesting to me that there are so many Latinos that vote Republican because they vote against their own self-interest.
If you really are interested in these types of issues, then you're a Democrat," Hostin remarked.
SUNNY HOSTIN'S STUNNING REMARKS ABOUT NIKKI HALEY HER LATEST PERSONAL ATTACK ON CONSERVATIVESHostin has a history of targeting Blacks and Latino conservatives in her commentary.
In May, Hostin sparred with co-hosts Ana Navarro and Lindsey Granger, saying she didn't "understand" how they could identify as Republicans.
"I don't understand either of you," Hostin told Granger and Navarro.
"I don't understand Black Republicans and I don't understand Latino Republicans."
She also called being a Black Republican an "oxymoron."
Just this week, she once again provoked outrage for suggesting Nikki Haley had changed her name to hide her Indian heritage.
‘THE VIEW’ CO-HOST SUNNY HOSTIN SLAMS RIGHT FOR BEING ‘DIVISIVE,' DOESN'T ADDRESS NIKKI HALEY REMARKSDuring Tuesday's episode of "The View," the host questioned whether the former United Nations Ambassador changed her first name to "pass" as White, even though "Nikki" is Haley's middle name that she has gone by since childhood.
Source