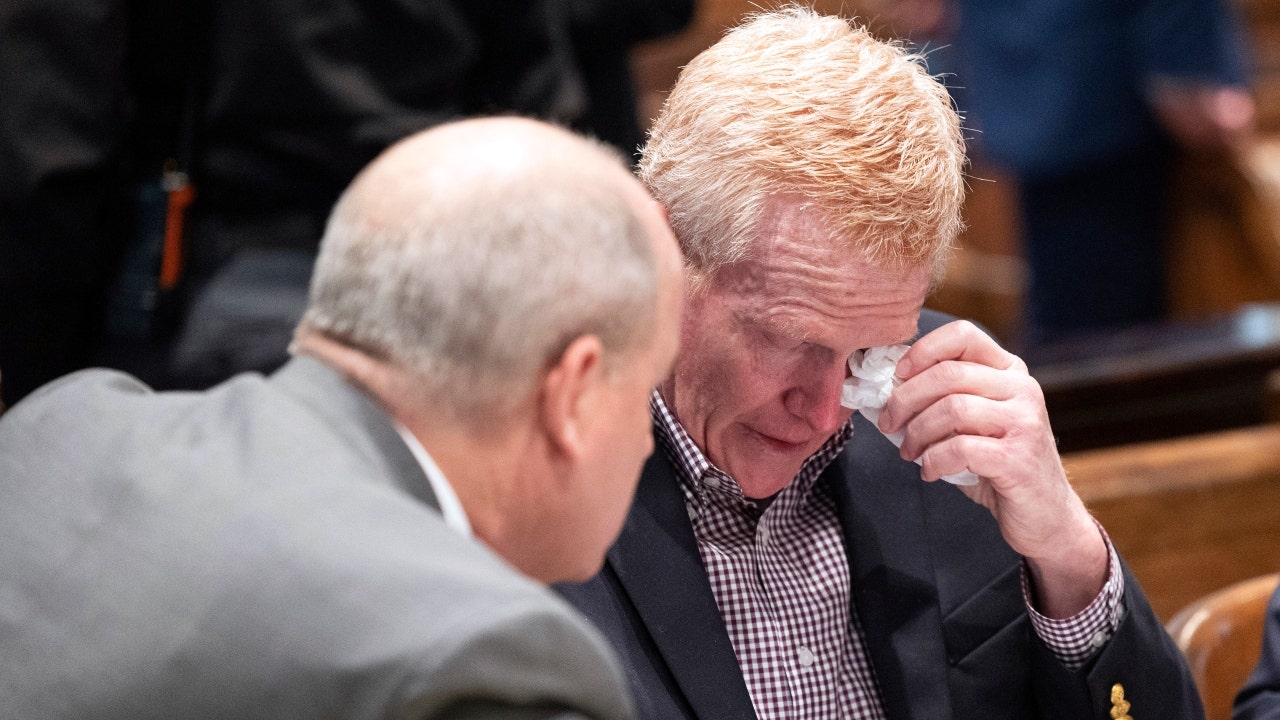 The 12-person jury in disgraced South Carolina attorney Alex Murdaugh's double murder trial could visit the dog kennels on Murdaugh's property where his deceased wife, Maggie, and son Paul were fatally shot in June 2021.
Murdaugh is accused of gunning down Paul and Maggie using a rifle and shotgun near the dog kennels on their sprawling 1,700-acre hunting estate known as Moselle in Islandton, South Carolina .
Prosecutor Creighton Waters said in his opening statements Wednesday that he hopes to take the jury to the kennels where the murders took place.
"He was there just minutes before, with Maggie and Paul, just minutes before their cellphones went silent forever and ever," Waters said in his opening statement.
ALEX MURDAUGH'S SON PAUL MURDAUGH SUSTAINED GRISLY FATAL INJURY: EXPERTJust minutes after that Snapchat video was recorded, "Paul's phone locks forever," Waters continued.
Earlier in his opening statements, Waters said that about a week after the murders, Alex Murdaugh went to his mother's home unexpectedly and was seen going "upstairs" with a tarp-like substance.
The substance was later determined to be a blue raincoat that was covered in gunshot residue, Waters said.
DEADLY MURDAUGH BOAT CRASH: SURVIVING SON REACHES SETTLEMENT AMID HIGH-PROFILE TRIALCell phone evidence from Maggie's, Paul's and Alex's devices are "key," Waters said.
The prosecutor concluded his opening statements by saying: "Alex murdered Maggie and Paul.
MURDAUGH MURDERS: MYSTERIOUS SNAPCHAT VIDEO 'CRITICAL' TO CASE: PROSECUTORSProsecutors have suggested that the family patriarch murdered Paul and Maggie over mounting debts and fear that his decades-long schemes to embezzle money from his clients would be exposed.
He has one surviving son, Richard "Buster" Murdaugh.
The disgraced lawyer appeared to cry and wipe his tears Wednesday as his defense attorney, Dick Harpoolitan, described the violent nature of Maggie's and Paul's murders, arguing that their executions were too violent for a loving father to carry out.