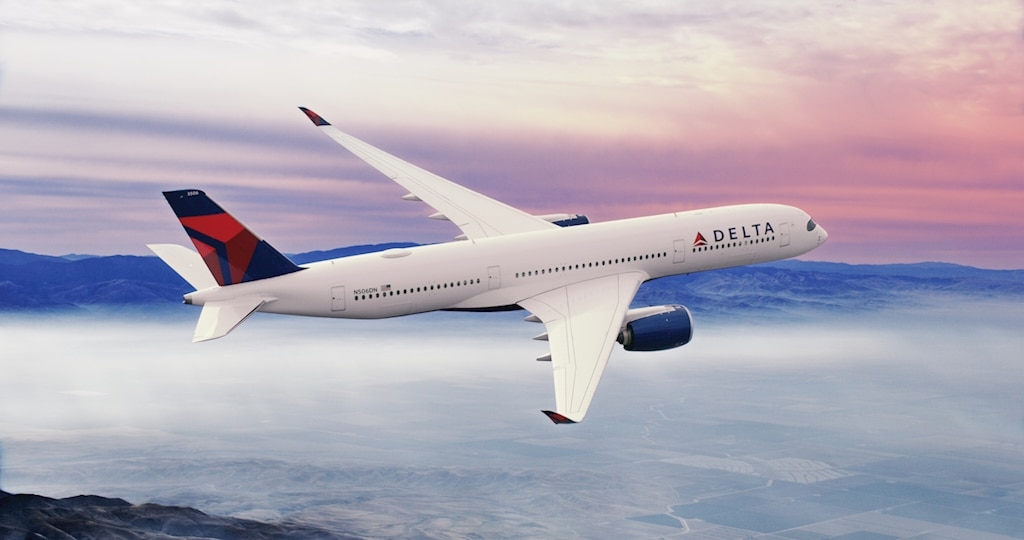 Another Boeing scare on a plane packed with passengers 30,000 feet in the air.
A spokesperson for Delta told FOX News that Flight 2123 "landed safely without incident and taxied to the gate without assistance" at Salt Lake City International Airport.
"We are working to reaccomodate customers on a later flight," the airline added.
The Atlanta Journal-Constitution reported there were 128 people on board the Boeing 757 and that no injuries were reported.
NTSB PRELIMINARY INVESTIGATION INTO UNITED FLIGHT WITH EXPLODING ENGINE REVEALS FAN BLADE DAMAGEThe emergency landing comes just days after a mid-air explosion forced a Boeing 777 airplane traveling from Denver to Honolulu to make an emergency landing.
After its right engine failed and erupted in flames, United flight 328 quickly lost altitude and dropped huge pieces of the engine casing and chunks of fiberglass onto the northern Colorado neighborhoods below.
Boeing recommended "suspending operations of the 69 in-service and 59 in-storage 777s powered by Pratt & Whitney 4000-112 engines until the FAA identifies the appropriate inspection protocol."
Pratt & Whitney added in a statement it is "actively coordinating with operators and regulators to support the revised inspection interval of the Pratt & Whitney PW4000 engines that power Boeing 777 aircraft."
"Starting immediately and out of an abundance of caution, we are voluntarily and temporarily removing 24 Boeing 777 aircraft powered by Pratt & Whitney 4000 series engines from our schedule," a United spokesperson told FOX News in a statement.
In addition to its 24 active aircrafts, United has 28 additional Boeing 777s in storage.
"That’s why our pilots and flight attendants take part in extensive training to prepare and manage incidents like United flight 328.
A Japan Airlines flight taking off from Naha Airport in Okinawa to Haneda Airport in Tokyo made an emergency landing for similar Boeing 777 engine trouble in December.