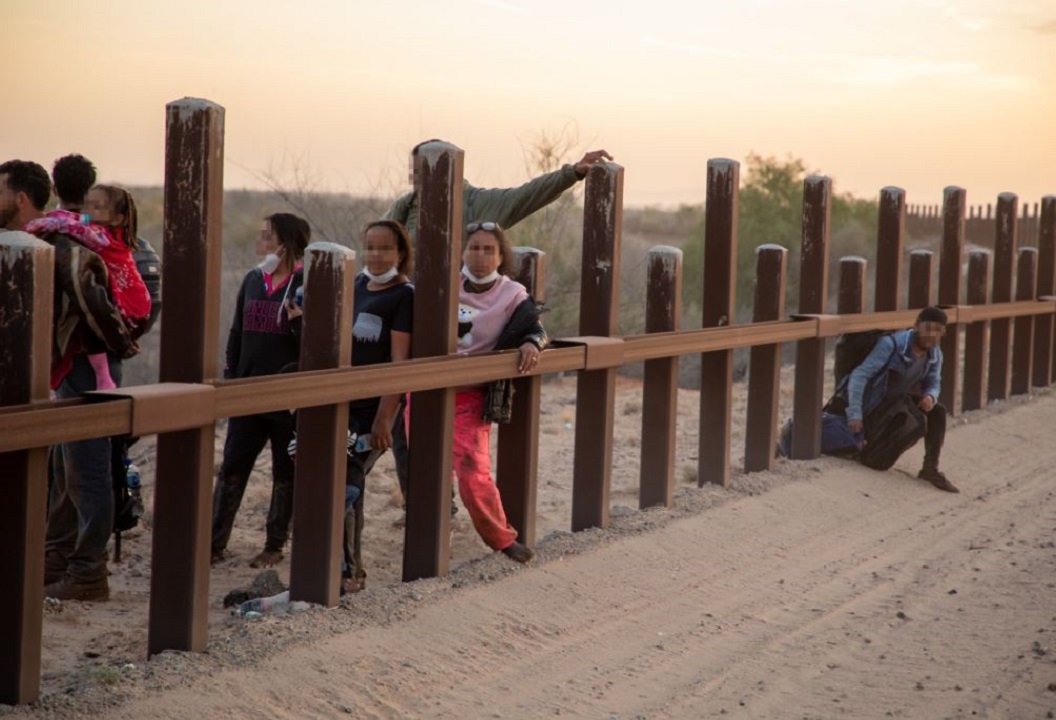 More than 1,600 migrants were apprehended in a portion of the southern border over the weekend, authorities said, amid an influx of undocumented immigrants at the border.
Border Patrol agents encountered at least 13 groups with 30 or more migrants that illegally crossed into the U.S. from Mexico, Chris Clem, chief of the agency's Yuma, Ariz., sector tweeted.
INSIDE THE BORDER CRISIS: PRESS TOURS PACKED TEXAS FACILITY WITH 4,000 MIGRANTSHe said the migrants crossed in areas where there is no infrastructure to deter migrants from crossing illegally on foot.
On Friday, he said agents encountered a group of 52 migrants and another of 110 three hours later.
The Yuma Sector is comprised of more than 181,000 square miles of mostly desert terrain divided between California and Arizona.
Critics have blamed the surge of migrants at the border on the Biden administration's rollback of Trump-era immigration policies to secure the border, including the halting border wall construction.
Biden has blamed his predecessor for fueling the crisis.
"He dismantled all the elements that exist to deal with what had been a problem and continued to be a problem for a long time," he said at a press conference last month.
"He, in fact, shut down the number of beds available.
He did not fund HHS to get people to get the children out of those Border Patrol facilities where they should not be and not supposed to be more than a few days — a little while.
But he dismantled all of that."
CLICK HERE TO GET THE FOX NEWS APPThere were more than 162,000 migrants encounters in April, slightly lower than the 172,000 encounters in March, according to CBP figures.