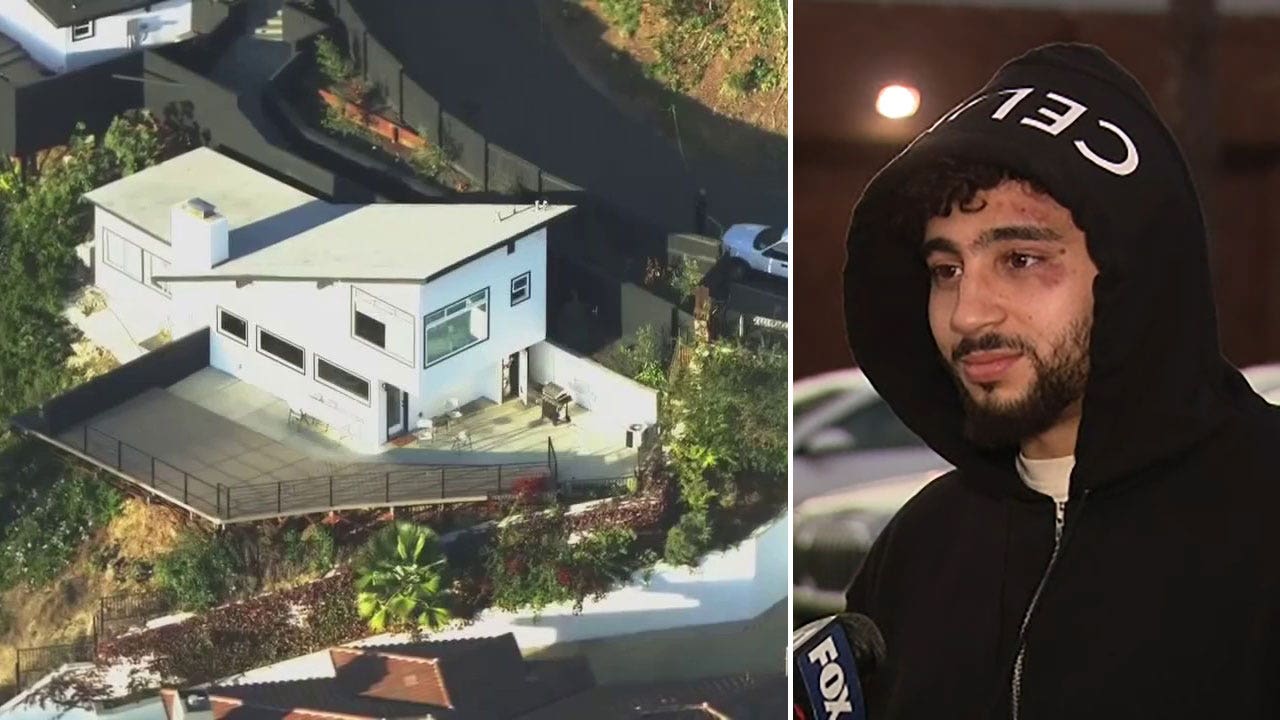 A social media influencer was robbed of $1 million following an overnight robbery in Hollywood Hills, California, according to the Los Angeles Police Department.
Police responded to the armed robbery at a home believed to be used as an Airbnb by social media influencer Nour Atta, around 3 a.m. Wednesday morning, Fox LA reported.
Nour Atta, known to his over 271,000 Instagram followers as @nourtrades, told LAPD investigators at least two suspects wearing ski masks entered the home and began yelling at them.
next Image 1 of 2prev Image 2 of 2"I didn't hear a lot, I just heard yelling.
A bunch of ‘get up, get up’ this, that.
I'm sure a lot of people know me online, it's very easy to find me out and that's just what's going on out here, especially in LA," Atta told FOX LA.
TEEN BOY, 13, ARRESTED IN BEATING DEATH OF LOS ANGELES LIQUOR STORE CLERK DURING ALLEGED ROBBERYOne of the suspects had a firearm and pointed it at Atta, he told Fox LA.
The assailant later physically struck Atta, who suffered head injuries, according to the report.
next Image 1 of 2prev Image 2 of 2CALIFORNIA ROBBERS STEAL $100 MILLION OF JEWELRY FROM ARMORED VEHICLE NEAR LOS ANGELES, OFFICIAL SAYSDuring their invasion, the suspects allegedly ransacked the home of an estimated $1 million, the LAPD said.
Atta told FOX LA that he left the back door unlocked, which is believed to be how the intruders entered the multi-million-dollar home.
CLICK HERE TO GET THE FOX NEWS APPPolice are continuing to investigate the robbery and are urging anyone with information to come forward.