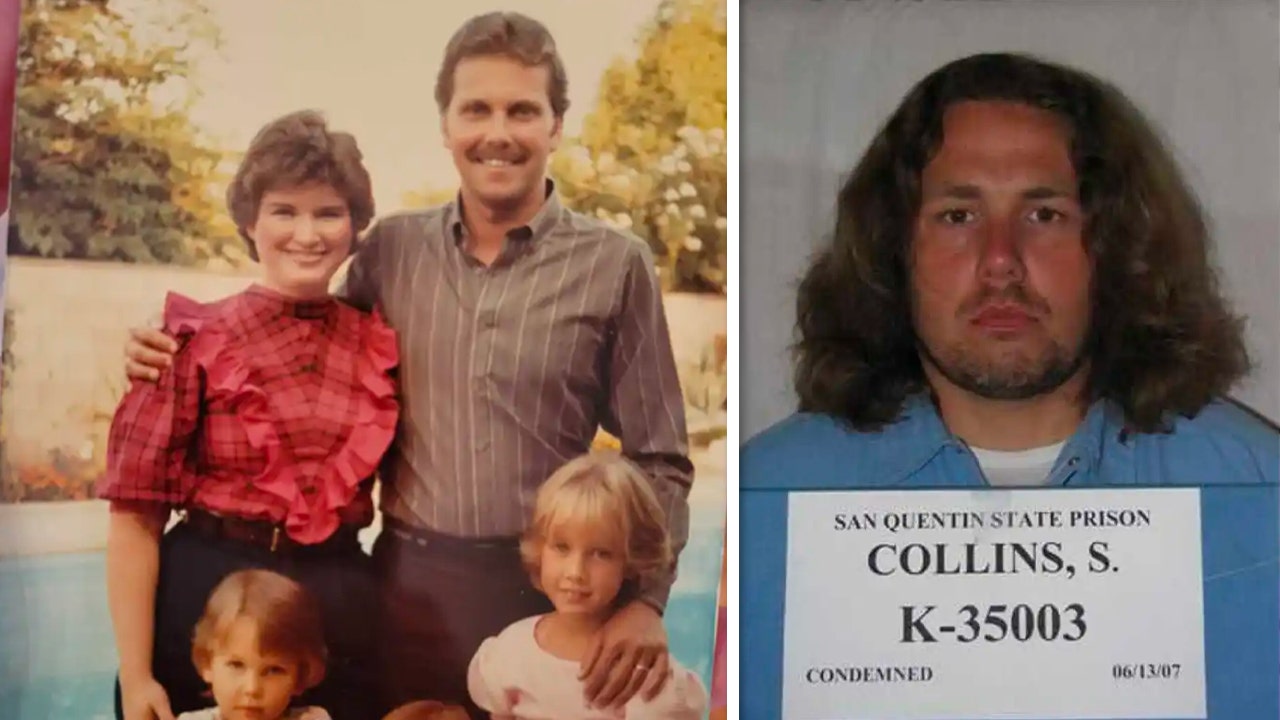 FIRST ON FOX: A convicted California killer whose death sentence Los Angeles District Attorney George Gascon abandoned this fall has died in prison, according to the victim's family.
Scott Forrest Collins was 21 when he robbed and shot Fred Rose, a 41-year-old father of three, "execution-style" in January 1992.
Gascon asked a judge to vacate Collins' death sentence early last year, and he was removed from death row in San Quentin State Prison and transferred to the California Correctional Institution in September.
He died around Jan. 15, said Heather Scott, who was 12 years old at the time of her father’s murder.
Autopsy results were pending, and she has not yet learned the cause of Collins' death.
CALIFORNIA MURDER VICTIM'S FAMILY APPALED BY GASCON PUSH TO DROP KILLER'S DEATH SENTENCECalifornia prison records show the killer was no longer listed as in custody Wednesday evening.
After his death sentence was vacated, he was given life imprisonment without the possibility of parole.
News of Collins' death comes just days after the shooting murder of another Los Angeles criminal whose Gascon's office went easy on.
Gascon has long publicly opposed the death penalty and his office told Fox News Digital last year that it did not intend to seek Collins' release.
LOS ANGELES' GASCON CALLS REPORTS ON HIT-AND-RUN ‘MISINFORMATION’ AS VICTIM BLASTS ‘MURDERER-FRIENDLY’ DAHe died the following day in the hospital.
By then, Collins was more than 140 miles way in Bakersfield, hanging out at a friend’s house with Rose’s car.
Collins became a convicted murderer on Sept. 30, 1993, and received a death sentence on Nov. 2 of that year.