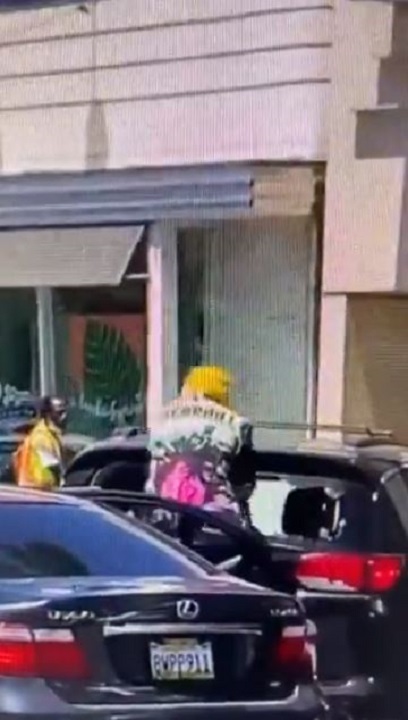 A brazen Northern California car burglar responsible for several thefts Wednesday was caught smashing car windows and breaking into vehicles in broad daylight, according to video footage released by authorities.
The Oakland Police Department released footage showing someone breaking the rear window of a vehicle as cars and pedestrians pass pass by in the downtown area.
After damaging one vehicle, the suspect moves to the next parked car and breaks its window as well.
Authorities said they believe the suspect is responsible for several car burglaries Wednesday.
The release of the footage came amid a spike in crime in Oakland in recent months, including homicides and carjackings.
The city's top cop, Chief Leronne Armstrong has decried a move by city leaders to slash the police budget by nearly $18 million amid the crime urge.
He warned the move could slow police response times and impede crime prevention efforts.
CLICK HERE TO GET THE FOX NEWS APP"We believe that we need more resources to address the high spike in crime in the city of Oakland and that's really what I have been asking for – more support and resources to address the serious issue we are facing here," he told "Fox News Primetime" last month.
Authorities are asking anyone with information about the thefts to contact the police department at 510-238-3951.