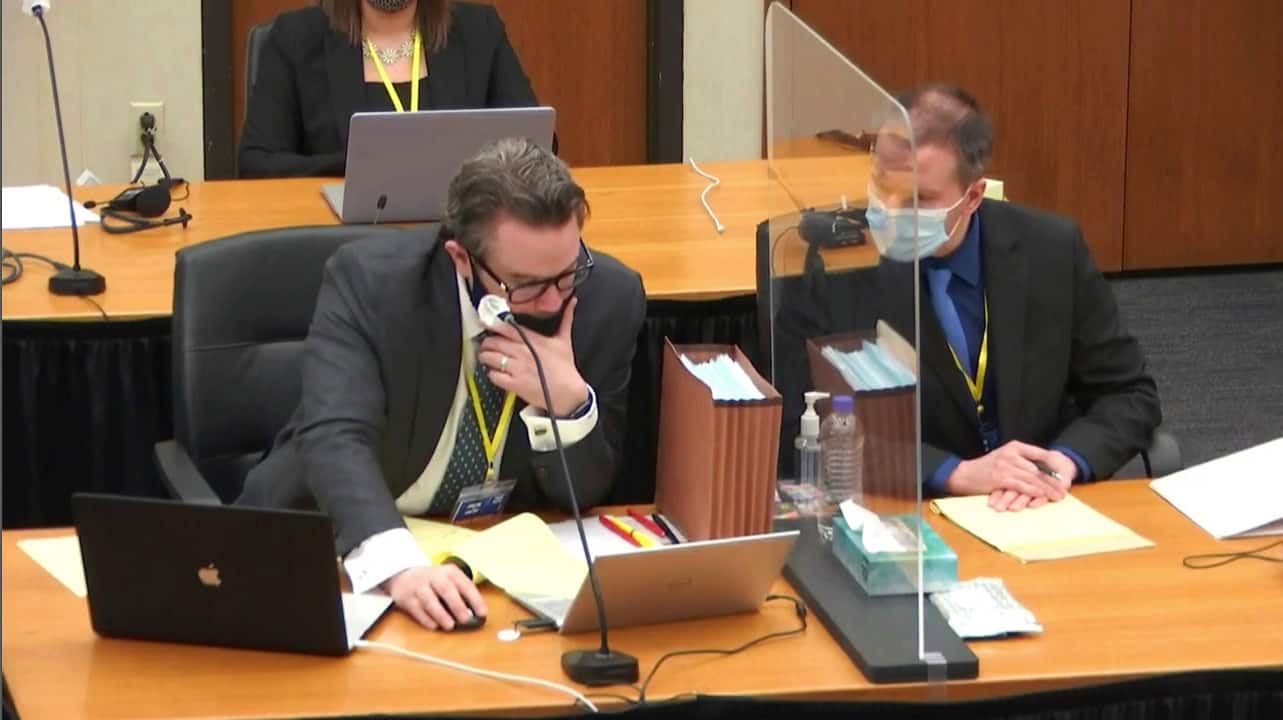 The lawyer for former Minneapolis police officer Derek Chauvin and prosecutors disagreed Wednesday on whether George Floyd said "I ate too many drugs" on video footage of the deadly arrest played in court.
Defense attorney Eric Nelson played a video clip of Floyd saying something as officers pinned him on the ground on May 25, 2020 during his cross-examination of Los Angeles police Sgt.
In the footage, Floyd yells in distress while handcuffed.
"Does it sound like he says, ‘I ate too many drugs?'"
Defense lawyers have argued that Chauvin did what he was trained to do and that Floyd's use of drugs and other health conditions caused his death.
Prosecutors let the question slide but Nelson posed it again when questioning James Reyerson, a senior special agent with the Minnesota Bureau of Criminal Apprehension.
Reyerson agreed that Floyd appeared to mutter the phrase.
DEREK CHAUVIN TRIAL: MINNEAPOLIS LIEUTENANT CALLS USE OF FORCE AGAINST FLOYD 'TOTALLY UNNECESSARY'Upon further questioning, prosecutor Matthew Frank got Reyerson to admit he had not listened to the recording closely prior to taking the stand.
After a short break, Frank played a longer video clip of the same footage.
"Having heard it in context, you’re able to tell what Mr. Floyd is saying there?"
"I believe Mr. Floyd was saying, ‘I ain’t do no drugs,’" Reyerson replied.
Chauvin faces murder and manslaughter charges in connection to Floyd's death.