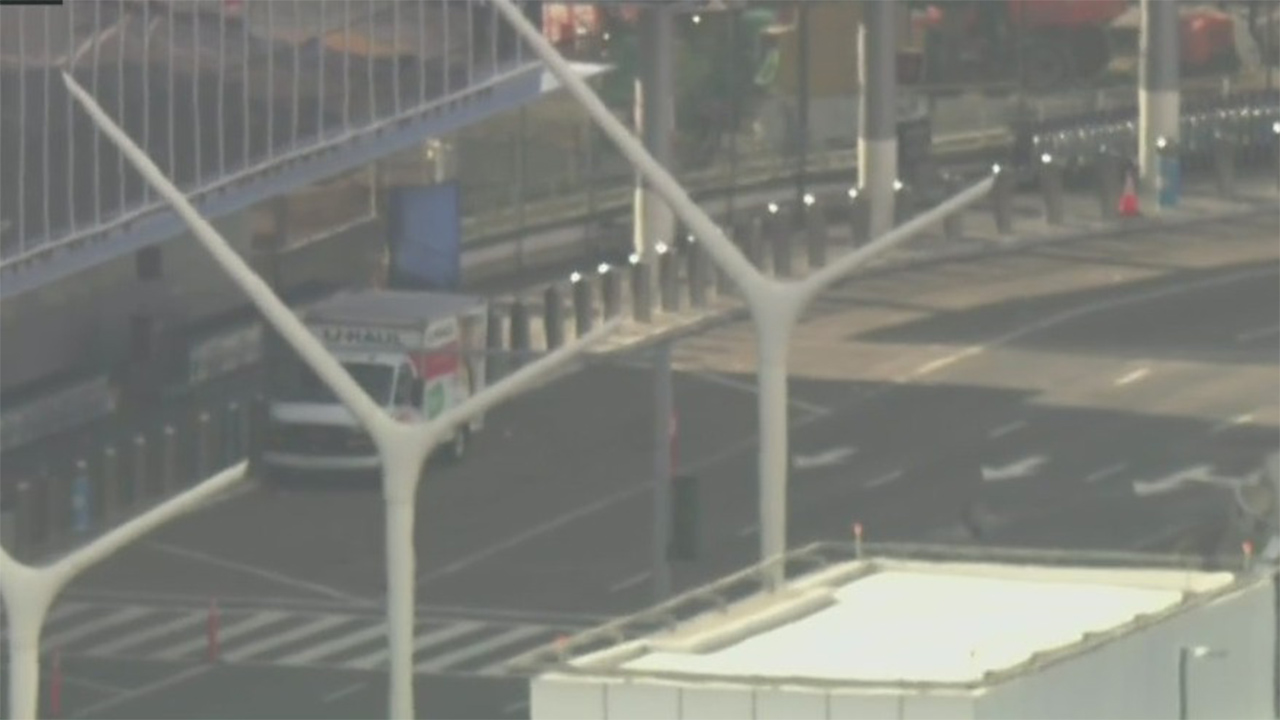 NEW You can now listen to Fox News articles!
The upper departure level of the Los Angeles International Airport (LAX) was closed off early Wednesday evening as police investigated a "suspicious vehicle."
Traffic was diverted to the lower arrival level during the investigation, LAX said in a series of tweets.
The Los Angeles Police Department’s bond squad responded to the scene.
A source told Los Angeles’ FOX 11 that the suspicious vehicle had been at the terminal since 4:30 p.m. Wednesday.
But the closure impacted all vehicle traffic into the sprawling airport, including Century and Sepulveda.
Shuttles, meanwhile, were not running including from economy parking, LAX said.
MORE LUGGAGE WAS MISHANDLED IN 2021 DUE TO STAFFING SHORTAGES: REPORTThe airport advised travelers to allow extra time and to check their flight status.
Police later cleared the vehicle and allowed guests to re-enter the affected areas.
"Traffic diversions will end shortly and vehicle traffic will resume on all levels and roads," the airport said.
"We are sorry for the delays and we thank the officers."
CLICK HERE TO GET THE FOX NEWS APP