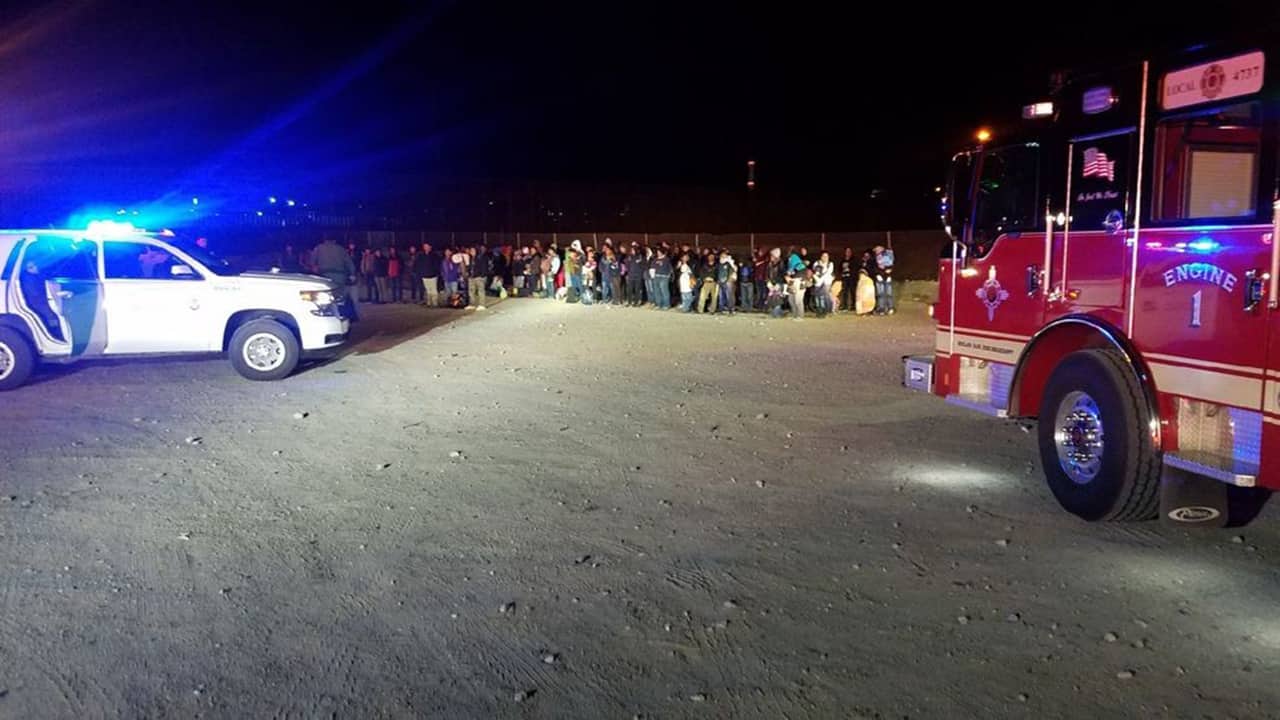 Over 130 undocumented migrants surrendered to U.S. Border Patrol in Arizona Wednesday.
Agents apprehended migrants from Guatemala, Honduras, El Salvador and Nicaragua near San Miguel, just miles from the Arizona-Mexico border.
Interim Chief Patrol Agent of the U.S. Border Patrol for the Tucson sector, John Modlin, said the individuals were given face masks and transported to Tucson for processing.
Customer and Border Protection (CBP) and Health and Human Services (HHS) care.
Greg Abbott called on the Biden administration to close a San Antonio-based facility housing migrant children after government agencies received reports of child abuse, including sexual assault Wednesday.
"The Biden administration caused this crisis and has repeatedly failed to address it," Abbott said.
"The administration failed to plan for the influx of children that they invited to come.
MAJORITY OF AMERICANS DISAPPROVE OF BIDEN'S HANDLING OF BORDER CRISIS AND IMMIGRATION: POLLRepublicans blame the influx of migrants at the U.S. southern border on Biden’s decision to reverse Trump-era policies.
But the Biden administration claims the surge in undocumented migrants is a routine Springtime encounter and blames Trumps’ refusal to address the root causes of immigration from the Triangle nations.
But recently polling shows that the majority of Americans do not support Biden’s stance on immigration.
CLICK HERE TO GET THE FOX NEWS APPIn an Associated Press-NORC Center for Public Affairs Research poll released Monday, only 44 percent of Americans said they approve of Biden’s border security measures, while 55 percent said they do not.
And only a quarter of Americans said they approve of the president’s handling of the issue of migrant children at the border.