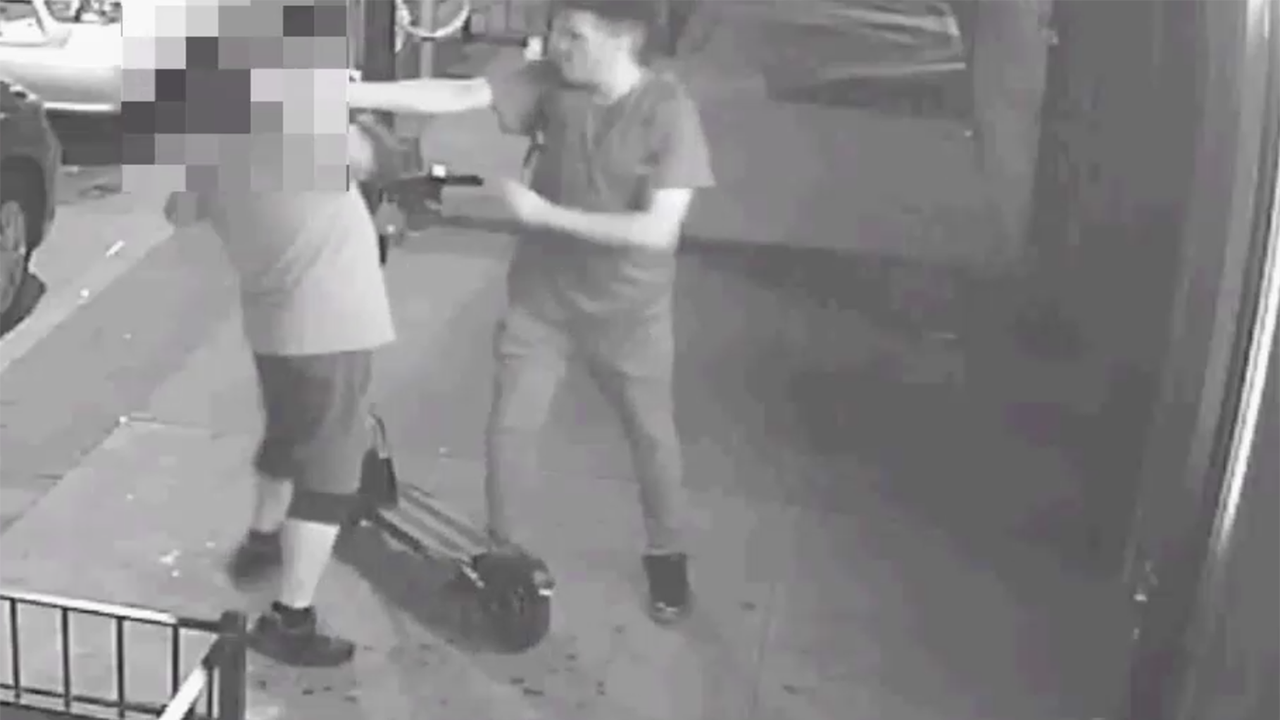 The NYPD is searching for a suspect who allegedly attacked a man with a knife in the early hours of Saturday morning then robbed him of an electric scooter.
The suspect allegedly approached the 51-year-old man in Queens and attempted to take his electric scooter, a video provided by the NYPD shows.
When the victim resisted, the suspect brandished a knife, stabbing him in the torso and slashing his neck, according to police.
DC POLICE LOCATE CAR INVOLVED IN TRIPLE SHOOTING OUTSIDE NATIONALS PARKWARNING: THIS VIDEO CONTAINS GRAPHIC CONTENTThe suspect fled with the victim's electric scooter and is still on the run.
The victim, meanwhile, was transported to a local hospital and is in stable condition.
CLICK HERE TO GET THE FOX NEWS APPRobberies are up 5.9% and felony assaults are up 0.6% in New York City in 2021 as the city grapples with a wider crime surge, though robberies are flat on the year.
Anyone with information about Saturday's robbery should call NYPD's Crime Stoppers Hotline at 1-800-577-TIPS (8477) or for Spanish, 1-888-57-PISTA (74782).