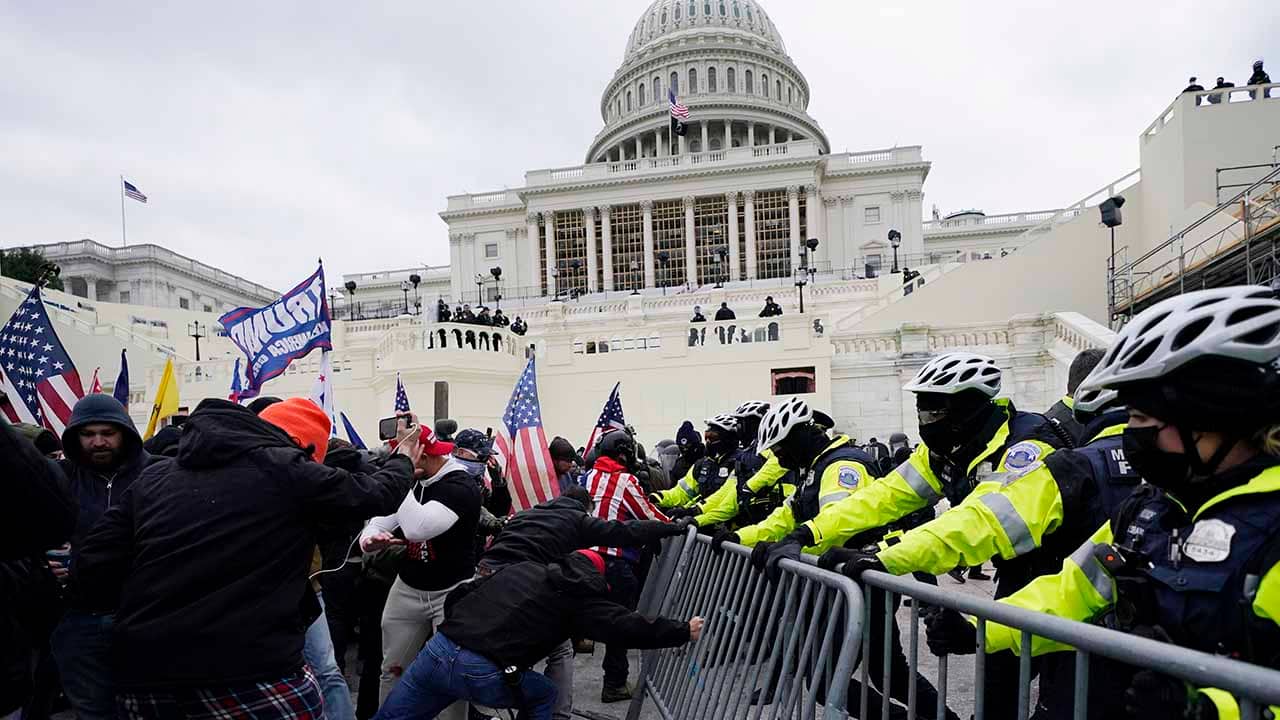 Sandlin described an attack that allegedly happened last month to another defendant charged in the Jan. 6 event, Ryan Samsel, while held at the facility operated by the D.C. Department of Corrections.
Richard Barnett, also charged in connection to the riot, was tackled "to the ground" by guards, Sandlin said.
Attorneys representing Samsel, Steven Metcalf and Elisabeth Pasqualini, did not return voicemails left by Fox News on Wednesday.
According to Metcalf, Samsel was moved to another cell that evening and by midnight two guards arrived, tied his arms behind his back with zip-tie handcuffs and "beat him to a bloody pulp."
The attack allegedly left him with a broken nose, dislocated jaw and damaged vision in one eye.
Pasqualini told Politico that Samsel had been moved to an "undisclosed location" early Tuesday and the incident when he was allegedly attacked by DC guards is under investigation by the FBI.
The attorney said she learned about the incident from lawyers representing other defendants held at the jail.
During the hearing Tuesday, the judge made no direct response to the allegations made by Sandlin regarding Samsel and Barnett.
Prosecutors on Tuesday objected to Sandlin’s pre-trial release and told the court he had been in contact with "famed documentarian" Dinesh D'Souza.
Sandlin told the judge one guard declared, "I hate all White people and your honky religion," according to Politico.
Samsel allegedly picked the officer up, telling her, "We don’t have to hurt you, why are you standing in our way?"
The officer appeared semiconscious and left but collapsed later that day while arresting a different rioter, court documents allege.