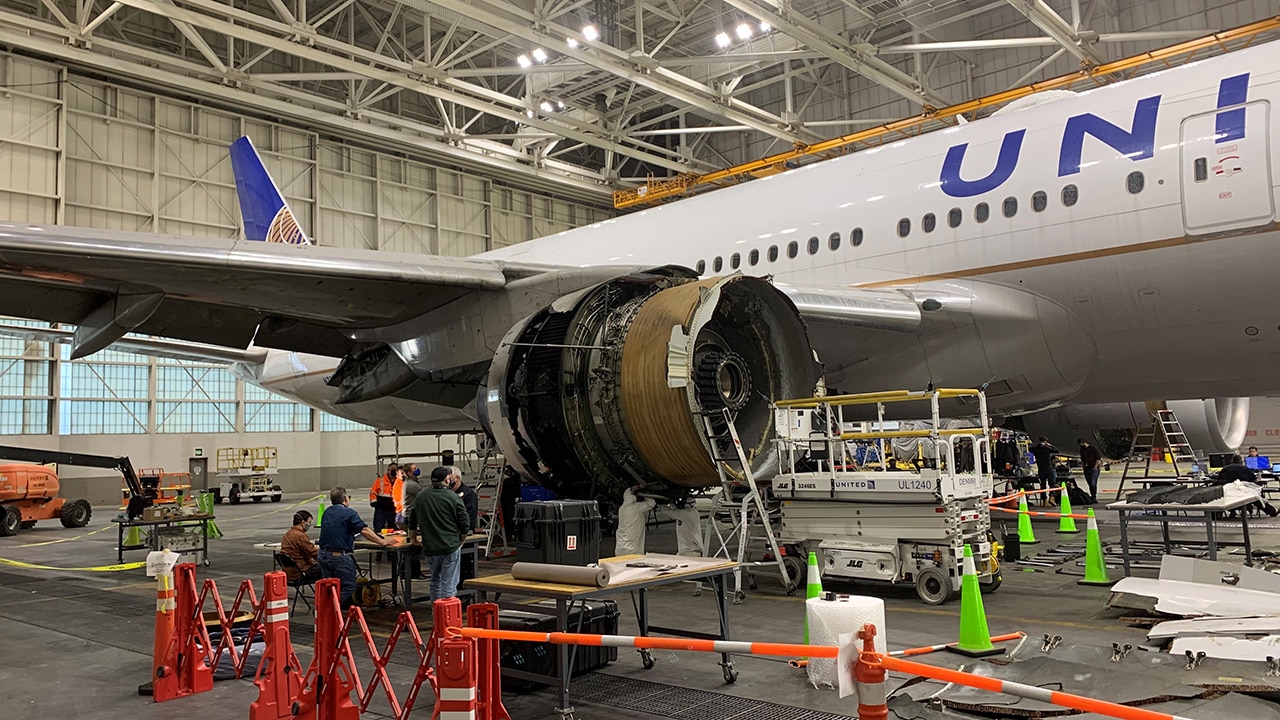 The National Transportation Safety Board on Monday said a maintenance records group will be formed to investigate the Boeing 777 engine’s history after it failed on United Airlines flight #328 and erupted into flames shortly after takeoff on Saturday.
Asked whether the particular engine had been inspected after another engine failure on a Southwest Airlines flight in 2018, Sumwalt said that was a question that will be answered pending a maintenance group investigation.
The U.S. Federal Aviation Administration ordered United Airlines to step up inspections of the aircraft after one of its flights made an emergency landing at Denver International Airport on Saturday as pieces of the engine's casing rained on suburban neighborhoods.
None of the 231 passengers or 10 crew were hurt, and the flight landed safely, authorities said.
United is among the carriers that has grounded the planes.
FAA Administrator Steve Dickson identified the focus on the stepped-up inspections as hollow fan blades unique to the Pratt & Whitney PW4000 engine model and used solely on Boeing 777s.
Dickson's statement said the conclusion was based on an initial review of safety data and would likely mean grounding some planes.
Boeing said there were 69 of the 777s with the Pratt & Whitney 4000-112 engines in service and another 59 in storage.
COLORADO MAN DESCRIBES 'CLOSE CALL' AS HUGE PIECE OF FLIGHT 328 JUST MISSES HOUSEVideo posted on Twitter from Saturday's emergency showed the engine fully engulfed in flames as the plane flew.
Freeze frames from different video taken by a passenger sitting slightly in front of the engine and also posted on Twitter appeared to show a broken fan blade in the engine.
The NTSB said that two of the engine's fan blades were fractured and the remainder of the fan blades "exhibited damage."
NTSB investigations can take up to a year or longer, although in major cases the agency generally releases some investigative material midway through the process.