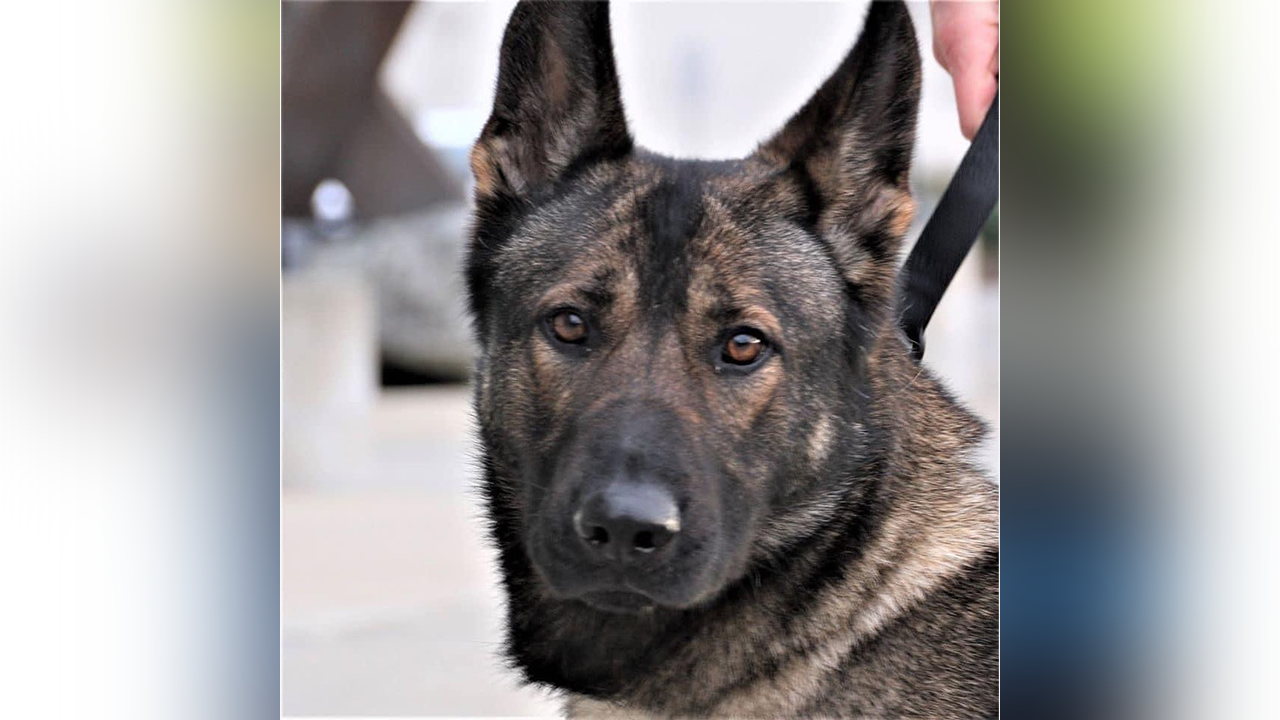 An 11-year-old police dog in Washington state will retire on Thursday after nearly ten years of stellar service assisting his partner in apprehending over a hundred suspects.
Together, K-9 Hobbs and his partner, Sgt.
Jason Robinson, have responded to more than 500 calls, apprehended about 166 suspects, and found 113 pieces of evidence, according to Edmonds Police Department.
"Hobbs was an asset to law enforcement all over Snohomish and north King counties, fearlessly pursuing suspects who fled into the community," Edmonds PD said in a news release.
MAINE TOWN HELPS DETERMINED SEAL AFTER IT REPEATEDLY COMES ASHORE DURING SNOWSTORMThe 11-year-old dog came to Edmonds PD in September 2013 from Germany.
He was then partnered with Officer Robinson, and they achieved their initial certification in Dec. 2013.
Hobbs and Robinson searched for multiple hours in a severe rainstorm, refusing to quit until the suspects were apprehended.
Hobbs was also a regular at public events and did countless demonstrations for schools and the community.
"He has taken care of me for years, and now it is my turn to take care of him as he gets to be just a dog."
Sergeant Robinson said.
"Like most former K-9 handlers, I am sure I will roam the PD halls telling glory stories of our over 500 deployments gone by."
CLICK HERE TO GET THE FOX NEWS APPAfter a job well done, K9 Hobbs with officially retire and continue to live with Sergeant Robinson and his family.